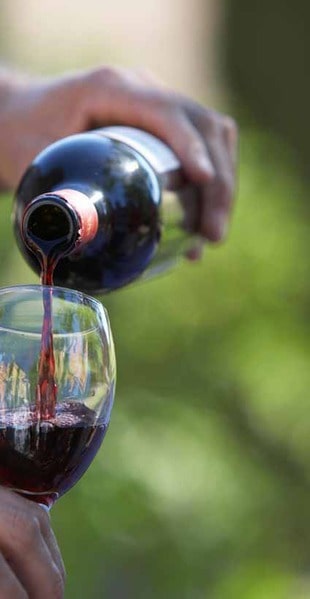 I would like to humbly suggest that an urban homesteading lifestyle requires a certain degree of letting shit slide.

I would like to humbly suggest that blogging also requires a certain degree of letting shit slide.

You have two choices: make peace with assholes, content thieves and trolls or go crazy fighting the inevitable.

My battle with setting goals that are quite frequently at odds with each other has reached something of a fervor lately. Much of this is related to how much time (and, more critically, emotional energy) I allow my blog to consume. Too much, as it turns out. There was a good several-week period recently where I was pretty sure Al Gore made a terrible, terrible mistake when he invented the internet.

You write like an 11th grade fat girl, who is poor, and cannot afford to eat right. Do us a favor and write about something youre [sic] proficient in..like shopping at  Grocery Outlet and be [sic] single. Don’t dump your inadequacies on those seeking legitimate nutritional advice. Youre [sic] neither qualified, nor worthy to be leading people down your clearly desolate path.

Hugs and kisses to you, too, asshole.

Bump around the internet long enough and eventually you get sprayed with the hatespew of some real fuckheads. My turn to catch spew came a few weeks ago, and it was just one thing after another.

My blog has been very much an extension of a certain part of my life: the home stuff and garden stuff, and periodically things about my family and kids. Perhaps other bloggers keep better distance from their writing, I don’t know. I think most writers get rather attached to what they write, whatever the topic, or they wouldn’t do it.

People who don’t blog (and many who do) say that comments like the above gem are a sign that a site is popular enough to have trolls – and that is a sign that a blogger is doing great! Maybe so. But it doesn’t feel great – it feels exactly as if someone broke into your house, took a shit on your couch and then left you to clean it up. Was any permanent damage done? Well, not really…but I’m scrubbing shit and the loose-stooled perpetrator is down the road, already busy soiling someone else’s furniture.

I suppose the most gracious way to describe this would be “learning experience.”

Alright, enough of that. I didn’t actually intend to write about internet trolls, but the topic has clearly been clogging up my fingers, because any time I sit down to write, out it leaks.

Here’s the part of this post that isn’t butthurt navel-gazing. One of the reason that the urban homesteading world has an amazing and (mostly) supportive virtual community is because many of us feel like there aren’t many real-life people in our real-life world who are particularly interested in this Grow Your Own stuff.

All of us recognize that many hands make lighter work, and most of us want some degree of real life community. But you can’t sit around and wait for someone come knocking. If you want a community, you have to make it.

So, I would like to share my secret to making a Productive Home Friend. I call it the Wine and Weed.

If you know someone casually, maybe at work or from around the neighborhood, and they seem cool and interested in gardening (they don’t have to be hard core), ask if they’d be interested in setting up a few labor trades over the summer. A couple hours one week at your place, then a couple hours a few weeks later at their house.

Pick someone reliable, and make sure you are reliable, and keep “swapped hours” pretty equal so no resentment builds up. If you have kids, a Productive Home Friend with compatible age and temperament kids is a huge bonus.

Walking around a garden with a friend for 90 minutes, drinking wine and pulling weeds or raking out mulch can get an unbelievable amount done for almost no perceived effort. There is a synergy that happens when you work together with someone that really does lessen the burden.

If you have a particularly close friend, you could even host a “Wine, Whine and Weed” trade, akin to the “Stitch and Bitch” parties knitters host.

The point is to introduce the concept of friendly socialization while still getting shit done. People really go for it – I just floated the Wine and Weed concept at a coworker of mine last night and her response was, “sign me up.”

…And pass the wine.

Do you have a real life community of support for gardening, canning, and other productive home activities, or are you the only kook in your town doing this stuff?

*Substitute beer, margaritas, homemade pizza (“Pizza and Pruning”?) or whatever as appropriate to your style and consumption habits. Also, please don’t do something deeply stupid like climbing up on a ladder with hedge clippers while drinking. This is not a Wine and ER Visit party.

Previous Post: « Can You Heat Your Home With Bricks and Twigs? Paul Wheaton Thinks So.
Next Post: Giveaway: The Drunken Botanist (Because I Can't Buy All Of You A Drink) »