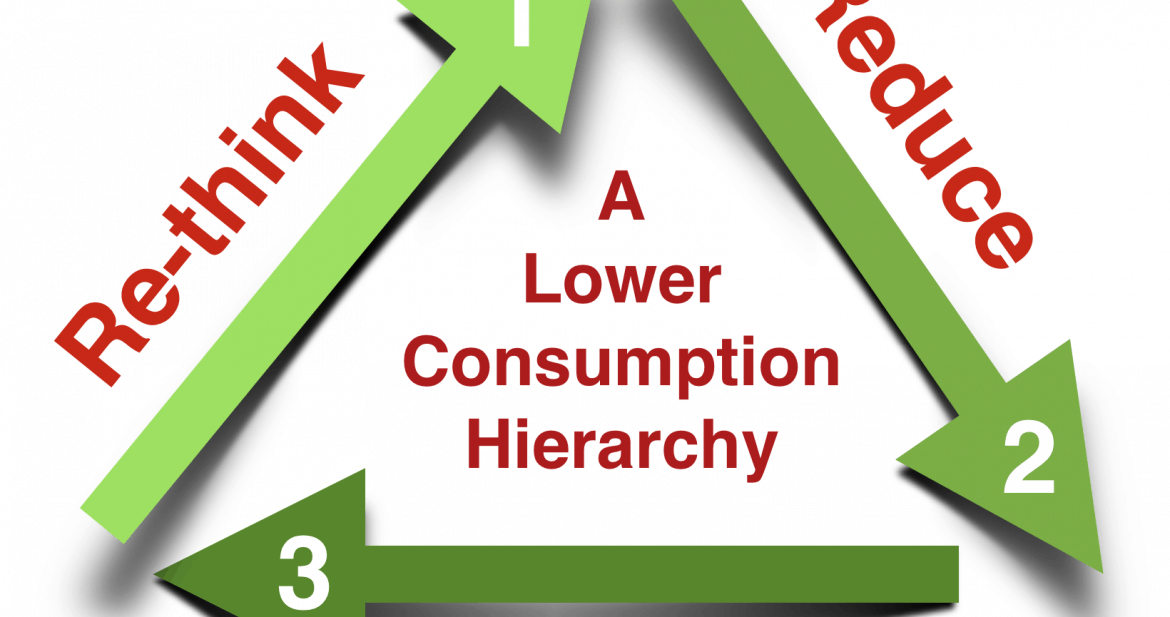 I’m not here to shit on anyone’s Target habit, but I imagine most of my readers agree with me that lowing our overall consumption is a good idea.

Consuming less lowers our environmental impact. Less consumption usually means less spending, and most folks like having more money or less debt. At a personal level, many people just find it really satisfying to buy less and do more for themselves, with their own hands. Gardening, sewing, home repair, baking your own bread, hanging your own laundry: all consumption-busting acts that have been described to me as meditative or calming or grounding.

But how do you actually reduce your consumption? Telling the average American hooked on the treadmill of CPCFC (that’s Cheap Plastic Crap From China, by the way) to lower their stuff consumption is kinda like telling an alcoholic to reduce their drinking. Easier said than implemented.

I was thinking how even though it still really does feel like we still consume an awful lot in this family, we’ve come so far from where we were a decade ago. Our spending has really changed.

Just as waste reduction has a catchy phrase marketing for a hierarchy of techniques – Reduce, Reuse, Recycle – so to should Consumption Reduction. 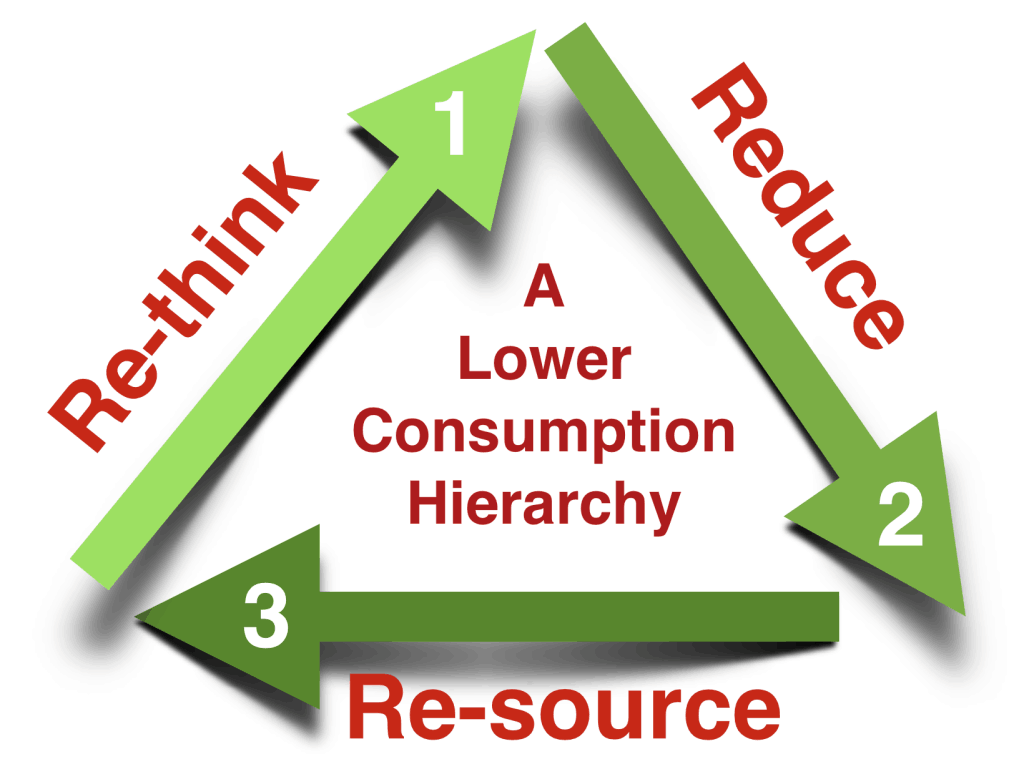 And so the first step is to re-think our consumption and re-occupy our own brains from the ad industry.

Asking the question, “Why do I really want this?” is a pretty effective technique for getting to the real motivation behind our purchases. I’m not perfect by a long stretch, but slowly, slowly my practical spending is more often aligned with my true values.

Reduce, aka “Just Buy Less Shit.” In my experience, the act of consistently asking “Why do I really want this?” often leads to the conclusion, “Actually, I really don’t.” When you de-couple your consumption from a societal expectation of how you should consume, just buying less shit is far, far easier.

Reducing what you consume often means doing more for yourself. The time and energy you aren’t using to buy and consume has to get replaced somehow, even if it’s just with more time to relax.

I’m far more interested in pursuing an active hobby like gardening than spending my time keeping up with the latest fashions at the mall, but that’s me. Those are my values, and that’s also why I only buy clothes about every five years. But because I’m biased, I suspect a lot of people would find garden-time more fulfilling than mall-time, if only they had a good long re-think about it.

We can reduce in other ways too. I live in a very walkable place for a reason: I really like walking, and I go on foot nearly everywhere I can. This reduces fuel consumption, and since I drive a decidedly high-consumption vehicle (good for hauling straw, rock, compost and chicken feed but less good for saving gas) every little footstep is important.

And so it is with reducing: every little footstep is important.

There are consumption items that are going to make it through the first two hurdles of re-thinking and reducing. Things like food, toothpaste, clothing, heat, light.

And this is where I think the idea of re-sourcing is so important. I used to chuck a 4-pack of Colgate Whatever into the Costco cart when we were low on toothpaste. Now, baking soda does the job for me and Homebrew Husband and I buy the happy hippie Tom’s of Maine stuff at the Co-op for the kids. I still buy baking soda. I still consume something to clean my teeth. But I have found a different, more sustainable source for my dental care needs.

I think about this a lot with the chickens and the eggs they give us. I definitely don’t “make” money in any objective way on those eggs, but I’ve re-sourced the allocation of my funds. I used to spend several hundred dollars a year buying compost – sometimes bulk but often in plastic bags. I also bought eggs. Now, I don’t buy eggs or (much) compost, but I do buy organic chicken feed from a local company and straw from a local feed store.

I’ve re-sourced that spending so that it’s more in line with my values.

You see what I mean with this? I do still buy stuff. I’m still a consumer in the sense that I still consume food and goods and services – we all do, to some degree or another. But the money I do spend is flowing in different directions than it used to.

Once you distill down to the point where you are going to consume and it’s just a question of how, then it’s about re-sourcing so your consumption reflects the values from your re-thinking.

Re-think, Reduce, Re-source. What do you think – does this capture the essence of a lower consumption lifestyle for you?