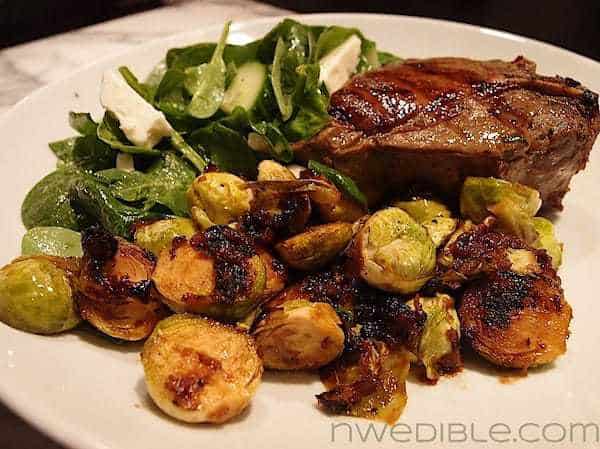 This recipe is from the Eating Local in the Depth of Winter recipe demo and presentation I gave at the Northwest Flower and Garden Show. Thank you so much to everyone who came out to learn just how delicious it can be to eat from your garden, even in the “low time.”

To view all recipes in the NWFGS 2013 series, click here.

Mix all ingredients for the maple bourbon vinaigrette in a small bowl and set aside.

In a large cast iron skillet set over medium-high heat, cook the bacon until brown and crispy. Remove the bacon to a small bowl or a few layers of paper towel and set aside for later.

Add the bacon back to the skillet of Brussels sprouts, and season to taste with salt and pepper.