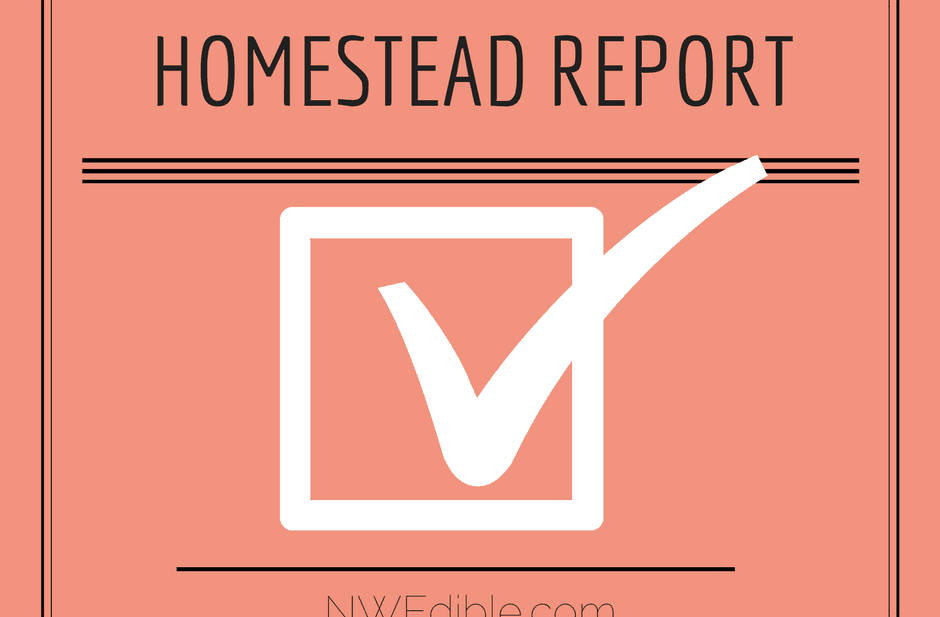 July is officially half over. I feel like this summer is flying by. Lazy days of summer? Not this year, not for me. Between ramping the garden back up (aka digging out of the weed hole) and ramping the blog back up it’s been a full summer so far.

But please don’t take that as a complaint! I’m writing this to you in bed, on my laptop, with a cup of coffee next to me on the side table. That’s a pretty sweet working environment. The last four days have been a whirlwind of garden activity and it’s rewarding, despite a few challenges. I can see progress so I’m really happy to be spending my time as I am.

Okay, onward! Here’s this week’s list of accomplishments, recorded in the hopes that this practice will help keep me motivated and accountable. Please join in, and list your own weekly achievements in the comments, or if you have a blog and want to do your own post and link it up, that’s great too.

I’m desperate for woodchips. I had an arborist who I used to regularly get chips from, but I called him a couple days ago and he’s no longer in the business.

I’ve made a few calls and one was so promising – the nice woman on the phones said, “oh we are in your area today!” and I thought, “could I be so lucky?!?” …. but no dice. And more importantly, no wood chips. I’m going to call around to a few more places. Hopefully I can get a load of chips delivered in the next couple weeks.