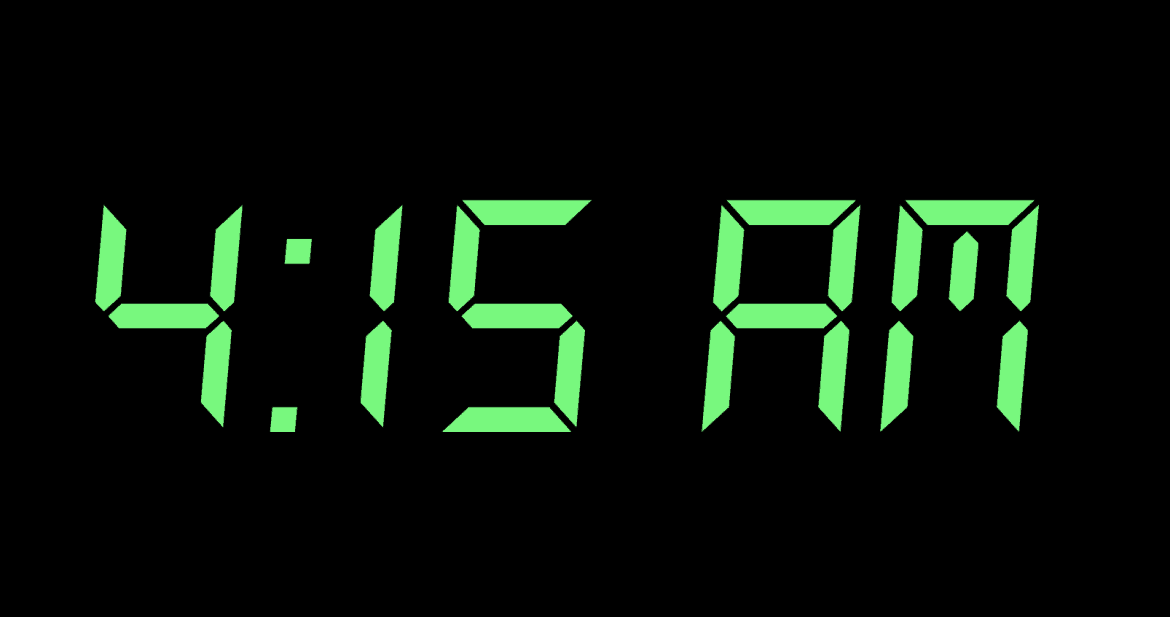 It is 22 degrees F outside temperature.

This is an absolutely true timeline. 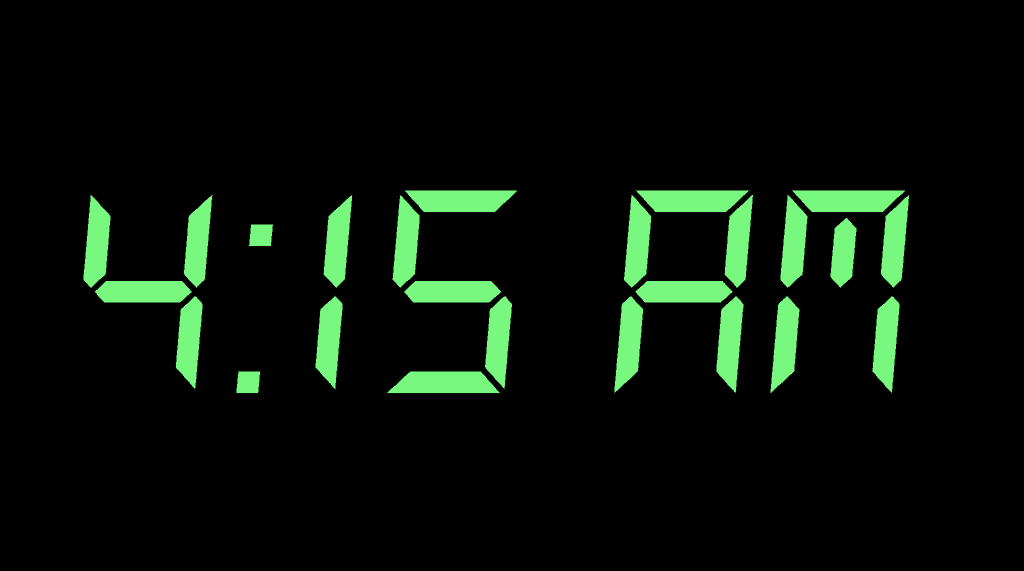 I am awoken by Oliver standing in the bedroom door. This is the second time he’s been in tonight. He’s mumbling and twitching with the incoherence of the freshly awoken. He is wearing nothing but a diaper and one slipper. Clued in by the mono-slipper getup, I figure out that he wants to find his missing slipper. While walking back to his bedroom, I notice that all of our downstairs lights are on. Bright.

“Oliver, did you go downstairs to look for your slipper?”

“Did you turn the lights on?”

Sometimes I wish this child wasn’t so capable.

I find his slipper in his bed which makes him angry because he says he hates the bed and apparently anything associated with it. I put the slipper back on him. We then engage in an act of fillibuster that woud have done the US Senate proud. In the end I grind him down and he agrees to get back into bed. But not before a couple of fits of thrashing and screaming (Zhora’s death scene in “Blade Runner” comes to mind).

Part of the Great Return To Bed Compromise of 2014 is that I will lie in bed with him. I do this, while he mumbles that he hates me and wants mommy. He insist that I go get Erica and check if she can come snuggle with him. I invoke bald-faced lies like “I just texted Mommy and she says she can’t come right now.”

We’re listening to the audiobook of James Gleick’s “The Information” and this is slowly soothing him. At one point he reaches out and touches my face and says, “Hey, you’re warm too! I don’t need mommy!” All is good in the world. Briefly.

I hear the sounds of doors opening and closing. Is it Erica coming to check? That’s the last thing I need now…we’ve just made it through the intense Mommy Withdrawal phase and it’s smooth sailing for a while. No, what I hear is the French doors to the back deck opening. Whisky Tango Foxtrot?!

I disentangle from Oliver, promising I’ll be right back. I lean on the rail and call, trying to sound threatening and confident in case ne’er-do-wells have invaded our house, “Who is that downstairs?” It comes out with all the lack of Clint Eastwood-badassness you’d expect from a man who has just spent half an hour lying in bed with a child.

Silence, but I have a thought. “Bella, is that you? Were you checking on the chicken”

And yes it is. Bella, wearing tights and a tee-shirt, Maglite in hand, has been out looking for the Red Sex Link hen that didn’t come home to roost last night.

She tells me that she thought she heard the chicken scratching and thought she saw an egg and various other signs that don’t at all correspond with the actual behavior of a chicken at four in the morning.

She’s on the verge of blubbery with concern for this little lost layer. I hug her. Confident words of “she’ll be fine…we can look for her in the morning” don’t quite do the trick. Bella gives me a worried, disbelieving look but she goes to bed anyway.

I’m back in the bed with Oliver. He appreciates that I’m warm. I’m lying on top of his comforter, under a thin throw blanket from IKEA sized to cover toddlers. I am bigger than a toddler, and it is 54 degrees inside our house. All my warmth is going to my child.

I wake up in Oliver’s bed. I do master-level Parent Yoga to climb over Oliver and get out of his bed without waking him up.

I’m incapable of standing up straight and when I move it sounds like someone is pouring milk into a bowl of Rice Krispies. I can’t feel my extremities. The fate of the guy in Jack London’s “To Build a Fire” is on my mind.

I head for the master bedroom where Erica is warm and sleeping. I don’t have the nerve to risk waking her – one of us should be coherent in the morning – so I contort myself carefully into my own, cold half of the bed until a warm bubble forms around me and, eventually, I fall asleep.

Oliver is again at the bedroom door. This time he wants to play his new favorite game Don’t Break the Ice. At least he’s not insisting that we do so while he eats cookie dough. In the end he climbs in bed and we snuggle as a family for a few minutes and everything is wonderful until he punches Erica in the face.

I sell him on the potential fun of playing Don’t Break the Ice with me and helping make coffee. We head downstairs. Through the stairwell windows I see…guess what? The rogue hen happily pecking inside the extended run.

I have coffee brewing and am playing Don’t Break the Ice. I hear Bella coming downstairs.

Bella: “Hi, Dad. Can I look for the missing chicken?”

Me: “Of course. I think you’ll find that she’s just fine.”

Bella comes back to report that the missing chicken is back but it is very sad because she had frost on her back and was trying to peck at some kitchen scraps through the fence. Bella feels the chickens’ pain.

Bella could be a Dr. Seuss book this morning. Would Not, Could Not, Fill The Feeder. It takes my addled brain more than a few seconds to parse her request.

“Sure, I’ll do that. Did you check their water? Was it frozen?” Of course it was frozen – the overnight low was 18 degrees.

“Why don’t you just bring me the waterer. I’m sure it’s frozen so just bring it. Can you do that?”

She’s gone like 25 minutes. She comes back with two eggs and the waterer which is as solidly frozen as I’d expected. Now I’m playing Do Break the Ice, this time with the wrong end of a metal whisk. I thaw the lid off and fill the waterer with nice warm water.

While this is going on, Bella makes hot cocoa for her brother. I sweep up the two cups of sugar that get spilled on the floor and then put away the sugar box, cocoa powder jar, and milk jug that are all left on the counter. I also have more coffee.

Full, the waterer is too heavy for Bella to really carry, so I take it out to the coop. I find two more eggs.

I realize that I never took the cap off the waterer and so it is sitting there, taunting the thirsty chickens. I go out and remove the cap. I discover that Red Sex Links will peck at a wedding band with an amazing amount of aggression.

9:15 am
Erica stumbles down stairs. “Good morning, honey!” she says, cheerfully. “How did you sleep?”

Previous Post: « How To Make DIY Really Cool Bath Bombs
Next Post: How To Make and Use Caramelized Onions (The Pro Method) »