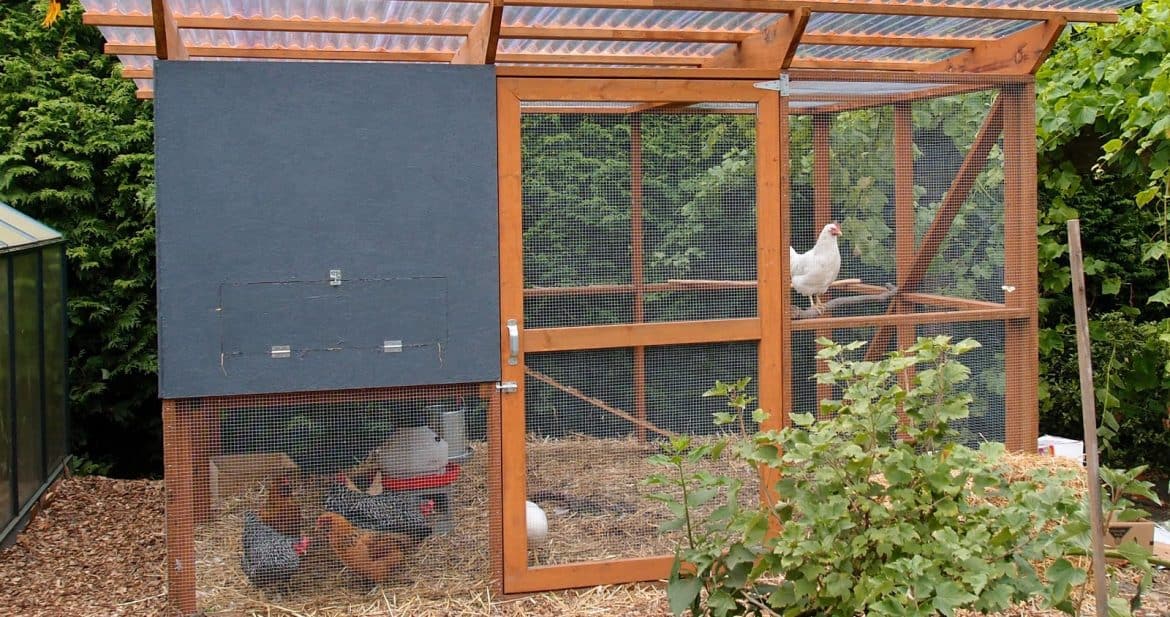 The Chicken Coop, as I’ve mentioned, was done…well, done enough, anyway. But as all of our girls have come on-line in their laying, I felt like they needed a little reward in the form of a little minor coop improvement project.

Besides, I needed something to do besides can more damn peaches.

1. We weeded the area around the coop and mulched most of it with bark. The chickens helped with the weeding, but not the mulching. 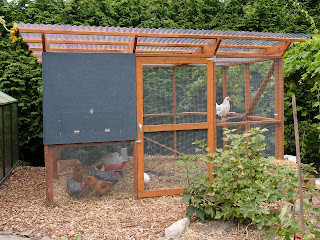 2. We painted the inside coop wall a funky green color (the paint was left over from Oliver’s closet and the short-lived Coop 1.0). The difference in the view from the house is substantial, and the green wall blends in nicely with the rest of the…uh…green things in the garden. Here’s the view of the coop from before, showing the unpainted wall: 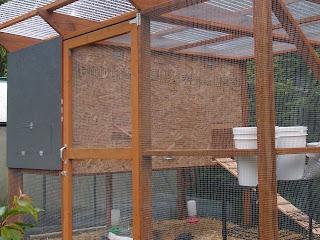 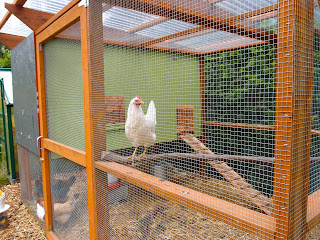 3. We installed two outside roosts which seem to be very popular. I was worried the girls were getting kinda bored with the same old view, and based on how they’ve taken to their new perching zones I’d say I was right. 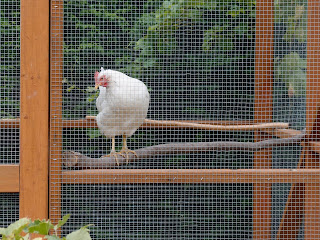 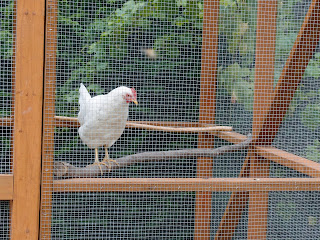 Both perches are made of braches I’ve run across while out walking. One is bark-free and a bit narrower, and one is bark-on and slightly thicker. So far barked and thick seems more popular. 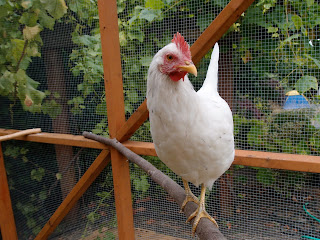 Homebrew Hubby trimmed and anchored the branches to the frame of the coop. “Are they secure?” I asked, giving the branches a shove. “Secure enough for a chicken. Just don’t try to do pull-ups on them or something,” he said. (How did he know I was secretly trying to duel-purpose the coop as an at-home gym?) 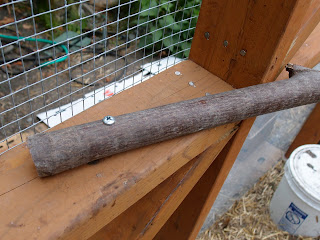 4. We installed a window perch. The last minute decision to cut a “window” in the coop wall was a great one. The chickens love flying up into the coop and flying down through the window. They will stand on the window ledge and just check things out. Big hit. Unfortunately, their little chicken claws were already starting to round off and wear down the bottom edge of the window. So we attached a scrap piece of lumber to serve as a larger landing area for the girls and to minimize further wear on the OSB. 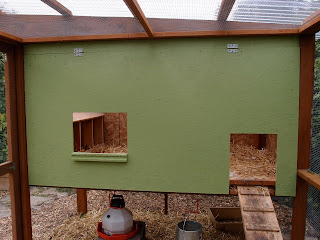 The window perch was also painted green, but I’m thinking of painting the top of the perch grey to more effectively hide the chicken poop, etc. that is already starting to coat it. 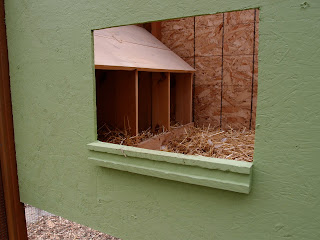 5. They got a shiney, new, fancy-pants feeder. The little chick feeder just wasn’t cutting it anymore. These are big, grown-up girls and they can eat. There are a lot of great DIY feeders out there that aren’t very hard or expensive to make. But hey, this coop has been an exercise in outsourcing from the very beginning, so I just picked up a feeder at the grange last time I was buying layer pellets and called that task done. 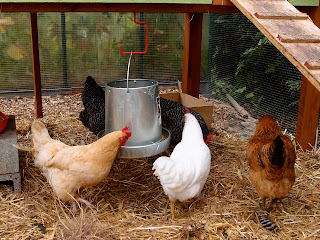 6. They got a dusting box! While dealing with a prolapsed vent several weeks ago, I got to worrying that our chickens had mites. I no longer think they do, but the scare and a great comment from a reader on Facebook (“Chickens will dust themselves more thoroughly than you ever could!”) inspired me to put together a dusting box for them. I had the perfect wooden box hanging out in the garage, so this was really easy to do. It’s filled with dry peat moss, so now they can fluff to their little chicken heart’s delight and hopefully keep parasites away naturally. 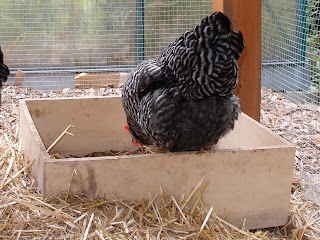 Now the Chicken Coop is really, really done…until the next bout of coopy inspiration strikes.
2

Previous Post: « Wifery, Money And Not-Work
Next Post: Big Batch Almond Zucchini Bread (Or, How To Use Up A Lot Zucchini After It Has Started To Irritate You) »