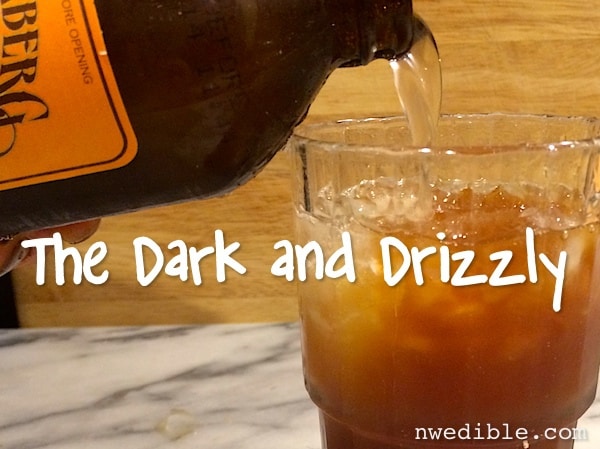 But the remainder of that rather expensive four-pack of artisan Ginger Beer wasn’t about to drink itself, so I decided to tinker with some things and see if I could come up with a Dark and Stormy variant I could embrace.

By swapping the rum for brandy (the most versatile and most underrated cocktail base), and bringing in a sharp citrus kick and a some homemade Boiled Apple Cider sweetness, I’ve come up with a drink that is dangerously yummy.

The homemade/homegrown element in this drink is Boiled Cider Syrup, an old-time preserve that is now regrettably obscure. Boiled Cider is the result of reducing apple cider down until it’s the thickness of maple syrup. It’s concentrated – that’s the point – so a little bit adds a lot of sweet-tart apple flavor to baked goods, sauces, pancakes and the like.

With the brandy and the dry ginger beer, the balanced apple flavor is swoon-worthy.

Until I thought to use my Boiled Cider in this cocktail, my favorite use for this preserve was as a fast sauce for pan-roasted pork. A 4-oz. jar of boiled cider and a bit of Braggs Apple Cider Vinegar added to the cast iron skillet that has just seared a pork tenderloin is an instant, easy way to bump the dinner sophistication level.

If you don’t have Boiled Cider, you can make some with a gallon of store-bought apple cider, or consider adding it to your preserve list for Fall, 2014. It’s a lovely treat. You can also substitute half apple juice and half maple syrup for this cocktail. The result won’t be quite the same, but it won’t suck.

The addition of an apple product means I can show some Washington State Pride and name this drink for the weather of my hometown. So, The Dark and Drizzly it is.

The Dark and Drizzly 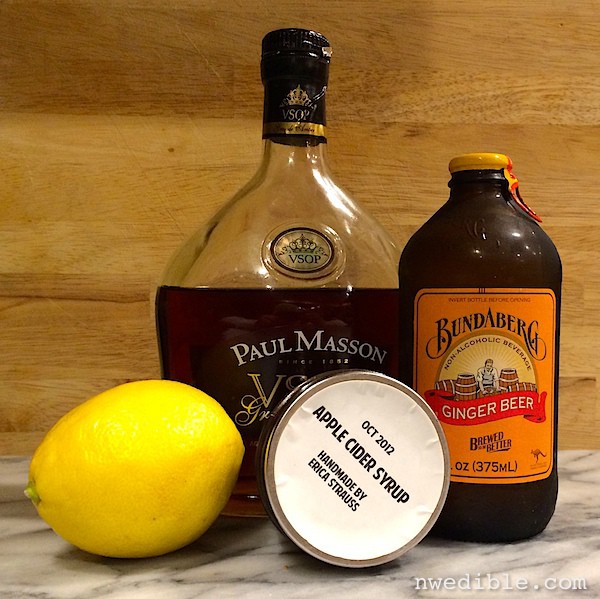 Fill a highball or small water glass with crushed ice. Add the brandy, lemon juice and boiled cider to the glass and stir with a bar spoon. Top with ginger beer and stir just to combine. Serve right away. 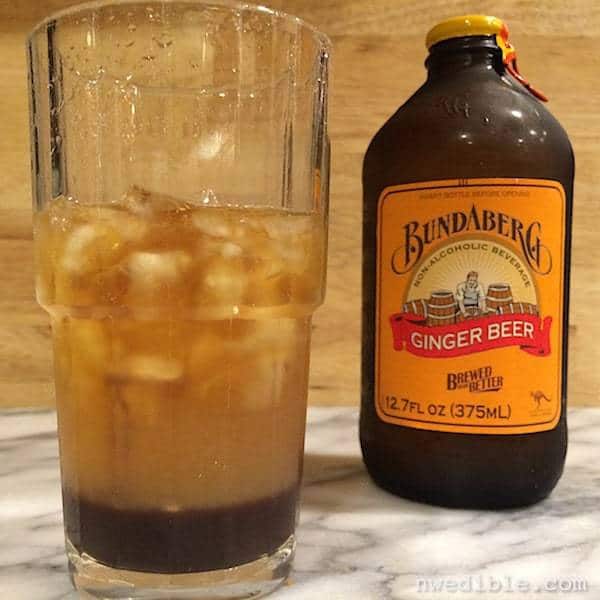 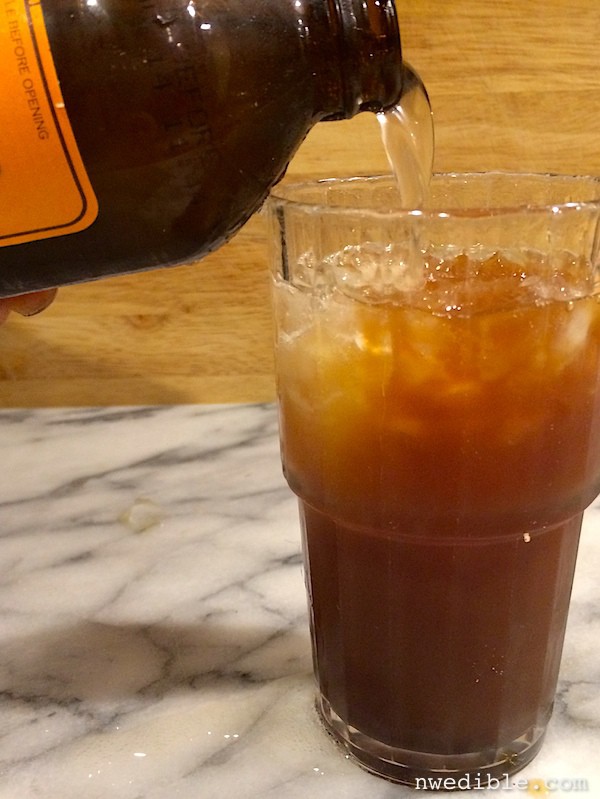