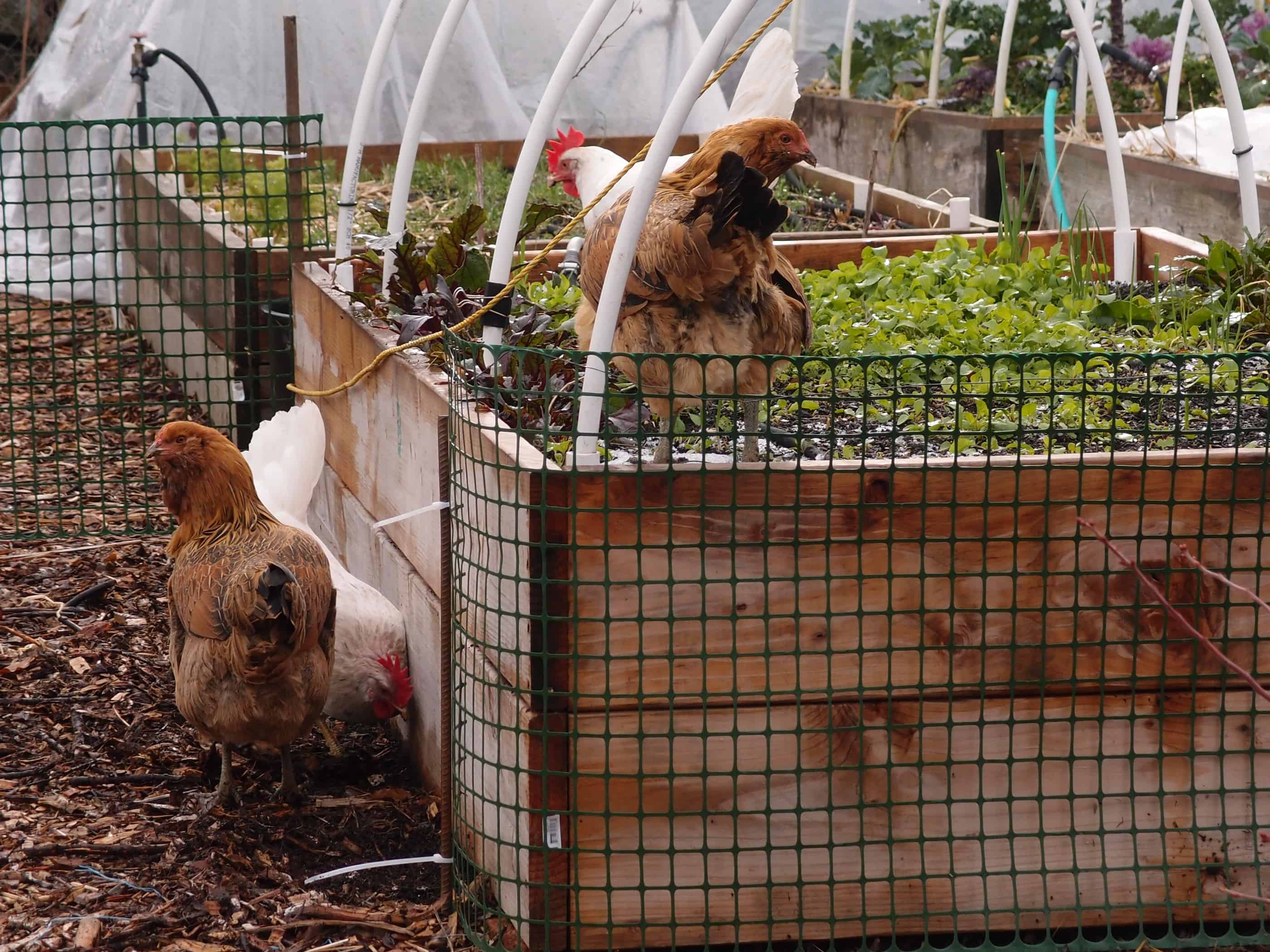 Chickens are not what you expect.

Now don’t get me wrong, I love my hens. I love their enthusiastic productivity, their damn near egg-a-day fecundity. I love their retirement plan (soup) almost as much. But there are a lot of myths about chickens floating around out there, and they deserved to be debunked.

Myth One: Chickens Are Smart

Chicken lovers will tell you how intelligent chickens are, and will get all aflutter and offended over phrases like “bird-brain.” Now I don’t think I had any unrealistic expectations here, but I’ve been taken aback by just how not-smart chickens are. We’re certainly not talking dog smart here, or cat smart, or pig smart. I’ve decided your average chicken is packing about as much processing power as a VIC-20. You know, 5 kilobytes of RAM and a BASIC interpreter.

I can say with absolute confidence that Nick Park movies are not documentaries. At no point have I discovered any signs of an organized escape attempt. There is no partially completed mechanical flying chicken hidden in the coop and none of the hens speak in a Scottish accent.

However, like people, chickens display quite the range of stupidity. Our dumbest chicken is noticeably dumber than the rest. She’s also quite the co-dependent and gets distressed when she’s not in close proximity to the other girls. But here’s the thing that makes her supremely stupid: she manages to lose the rest of the flock in our 8’x12′ coop.  Sometimes I see her, wandering around and ba-gawking desperately for her friends, who are 5 feet from her. It’s staggering. 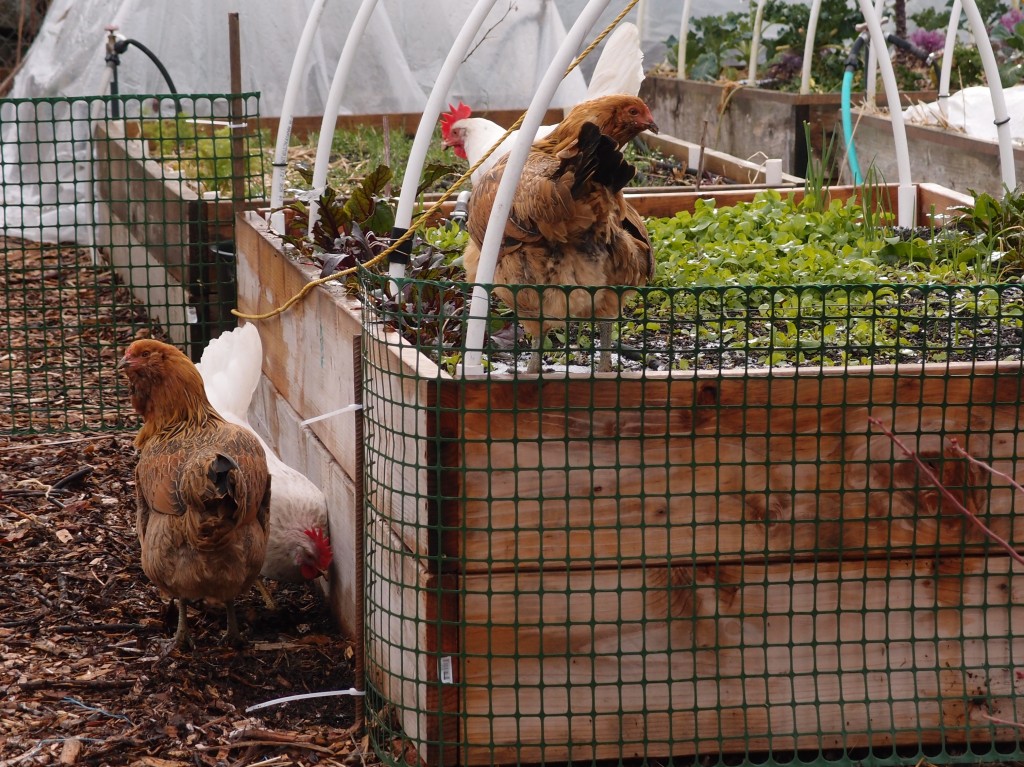 “If I see people, I’ll start ba-gawking and we’ll go back to pretending we can’t fly.”

To paraphrase Gimli the Dwarf, “Chickens are natural sprinters.” Yes, chickens can fly, though it’s not in any kind of Soaring Eagle way. The world record for longest chicken flight is 13 seconds. Chickens  are not like the perpetually-on-the-wing swifts, this much is clear. But so what? An Olympic weight lifter is not a marathoner, but is no less an athlete.

I’m pretty sure chickens themselves started the whole chickens-don’t-fly myth. They’ve propagated it to lull us into a false sense of security so we’d build short fences and assume they’d be too busy scratching and pecking to notice the succulent arugula in the 18″ raised bed just behind the fence.

Given the chance and sufficient motivation, a chicken will summon up all of her strength and endurance and go for it – fly just enough to get over the fence, flap up on top of the bucket of feed, or flee from your outstretched, well-meaning arms.

It turns out that 13 seconds of flight translates to quite a distance – over 300 feet! That’s certainly enough range for a chicken who wants to escape a suburban enclosure to go for it.  A chicken always has enough flight capability to get to where you don’t want them. Particularly if arugula seedlings are involved. 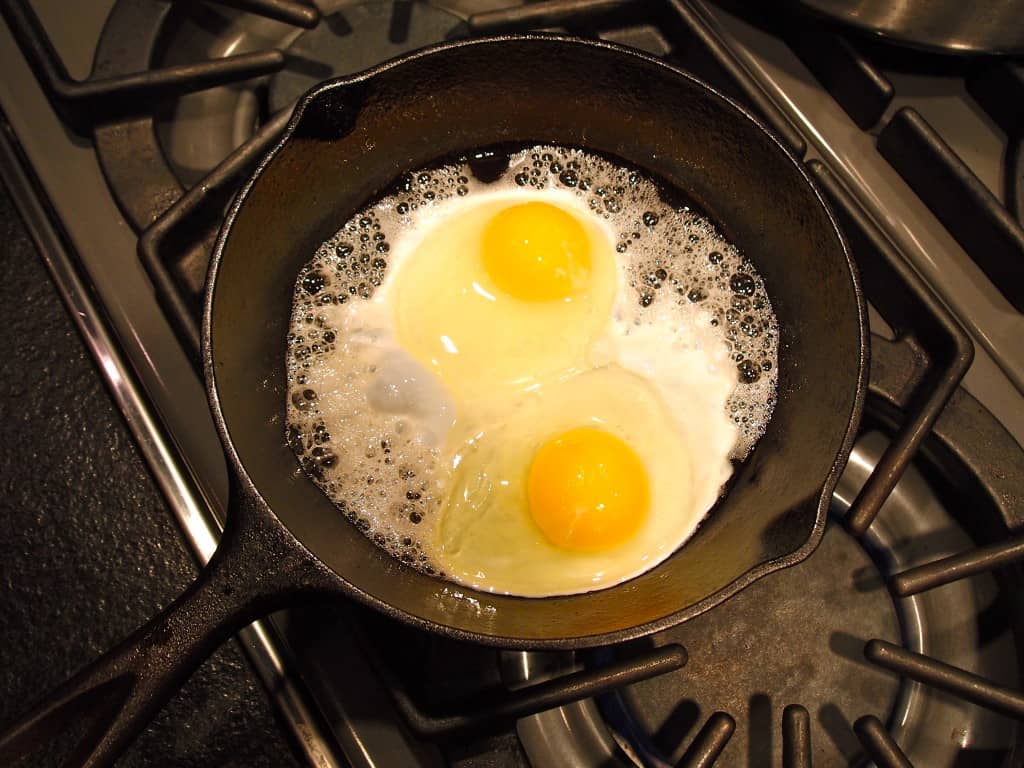 “Offspring or dinner – you say po-tay-to, I say po-tah-to. Either way, eggs are yummy.”

The over-bearing, over-protective moniker “Mother Hen” would lead you to believe that chickens are excellent mamas. To be fair, we don’t have a rooster and we didn’t select breeds known for broodiness. In fact we wanted just the opposite, hens inclined away from maternal excellence and egg-sitting behavior. Perhaps we are catching them on an off night, and who hasn’t had a moment of sub-par parenting, coming back from the club after a night of Jaeger bombs and Jell-O shots. So it’s very possible that certain hens are mothering hens, nurturing hens, giving hens.

It is simply disturbing how ferociously a group of chickens will descend upon a plate of scrambled eggs. They also enjoy egg shells, fried eggs, French toast, bread pudding, frittata and omlettes.

You get the idea, right? Chickens eat their young. They are Fine Young Cannibals, and tasty eggs just drive them crazy.

So, knowing what I know now, would I hesitate to adopt more stupid, flighty, cannibals? Nope, not for a moment.

Previous Post: « The Beauty of The Survivor
Next Post: Honey, Nut and Raisin Granola: A Litmus Test For Beekeeping »