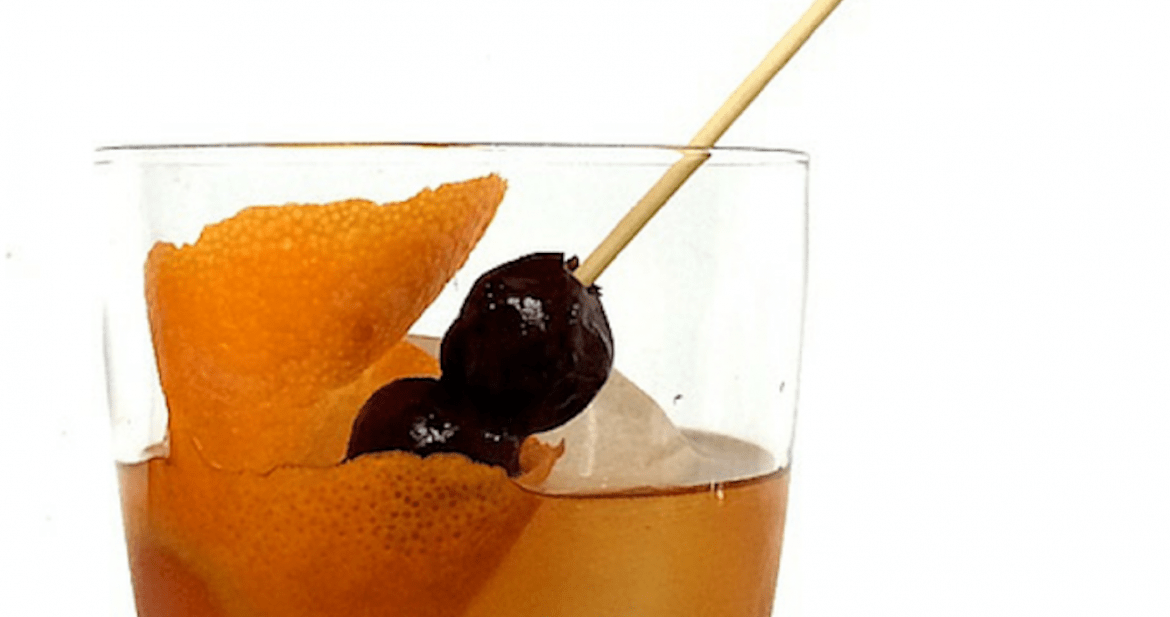 Like people, cocktails can be organized into families. There are the sours, the champagne cocktails, the duos, the trios….many families. And the great, great, great granddaddy of them all is the Old Fashioned.

The first known definition of the word cocktail was in 1806. Back then a cocktail was spirits, bitters, water, and sugar. Nothing more, nothing less.

By the 1860s, cocktail culture had exploded, and people were throwing all kinds of stuff in a shaker and calling it a cocktail. People who wanted a cocktail the old way – the way their daddy used to drink it – started to ask for “just an old fashioned style cocktail.”

The barmen knew what these retro lovers of simplicity wanted: American whiskey with just enough bitters, water and sweetness to round out the flavor. Thus was the official Old Fashioned Cocktail born.

I try to stay true to the spirit (hah! booze pun!) of the Old Fashioned while still allowing for some fun barcraft. This variation is the perfect winter sip to warm you from the inside out. 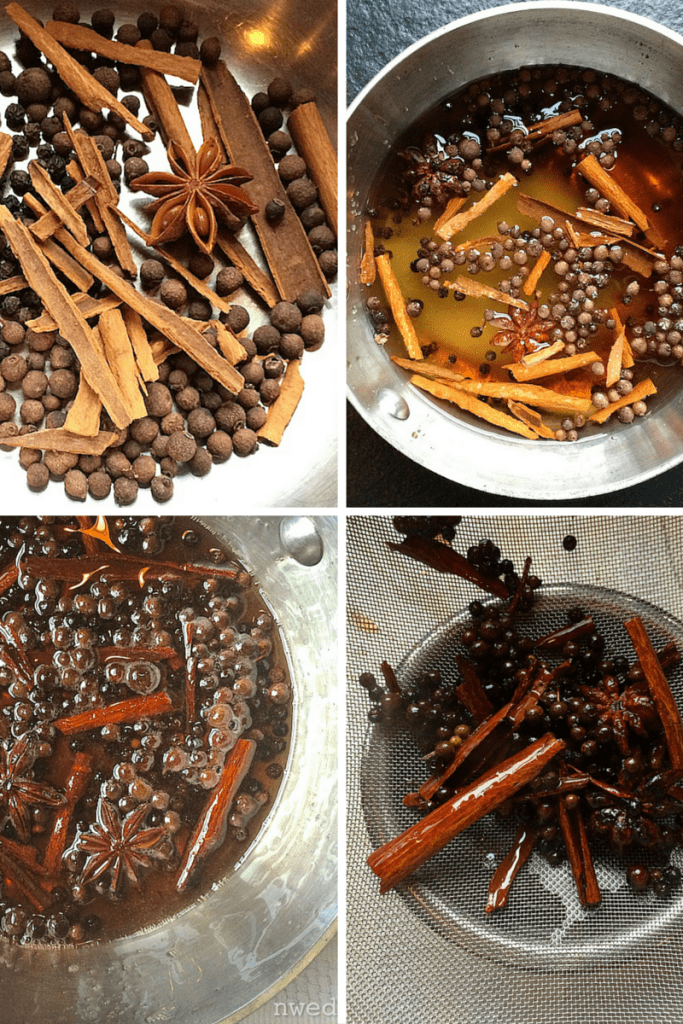 We’re gonna start off, as we so often do, with a flavor-carrying simple syrup. In this case, a delicious maple caramel loaded with the warm flavor of the cookie spices. I am currently in love with allspice as a cocktail flavor component so that gets pride of place here. If you want to go with more cinnamon or add cloves or whatever, feel free.

The syrup is simple: simmer, reduce, strain. I use a lot of spices because I want a ton of that spice flavor to make it into the syrup and cocktail, but because I strain the syrup while it’s still warm, I’m not allowing for an extended infusing time.

If you reduce the syrup too far, you’ll make something that will harden like toffee as it starts to cool. If this happens to you (as it did to me on my first recipe test of this cocktail) just add a bit of boiling water to the syrup and stir until your solid returns to a liquid. 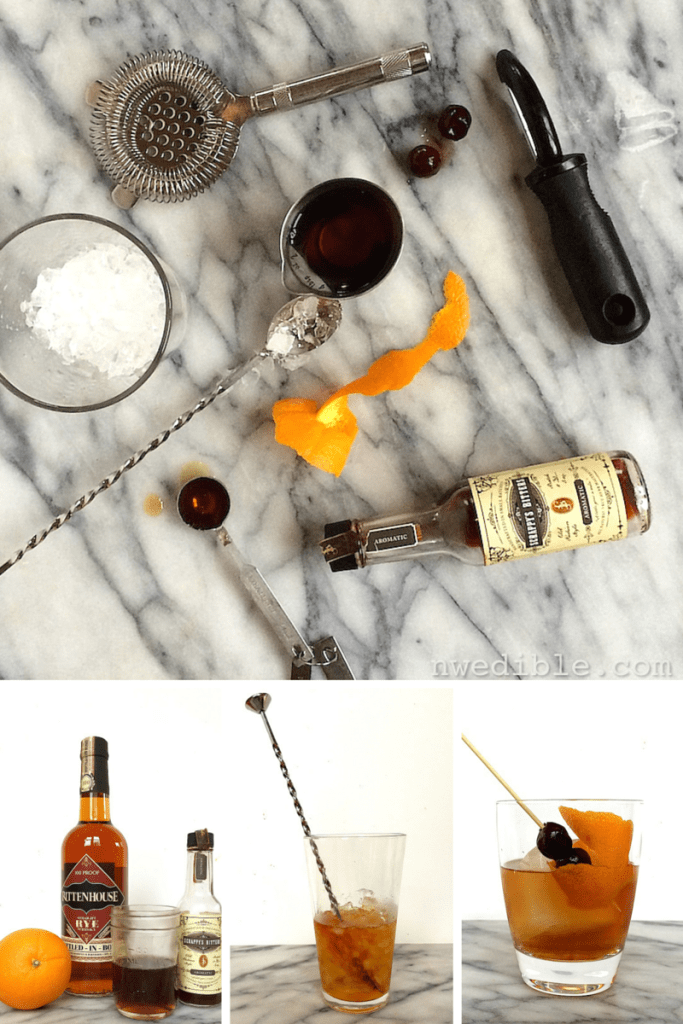 You’ll need some rye whiskey or bourbon. Here at the NW Edible Cocktail Development lab (aka my kitchen), we have become big fans of Rittenhouse Bottled-in-Bond 100 Proof Rye Whiskey for whiskey-based cocktails.

Rit, as we affectionately call him, is a strong, reliable mixing spirit at a very reasonable price point for the quality. Whenever we see this bottle in stock at a liquor store, we grab 1 or 4.

You’ll also need the strained, cooled Maple Spice Simple Syrup and your aromatic bitters of choice. I used Scrappy’s here, which was excellent, but the widely available Angostura bitters is fine.

Because we are hipster douchebags when it comes to cocktails, our old fashioned-style drinks get served on “the rock” – a giant single cube of ice that melts very slowly, allowing longer drinking time before a cocktail becomes overly diluted. We make our ice megaliths in an inexpensive silicone ice cube tray.

Garnish with a nice big zest of orange peel and a few brandied cherries (or whatever non-horrifying maraschino cherry substitute you prefer). 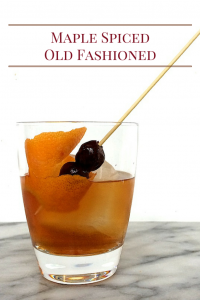 For The Maple Spiced Simple Syrup

For The Maple Spice Old Fashioned 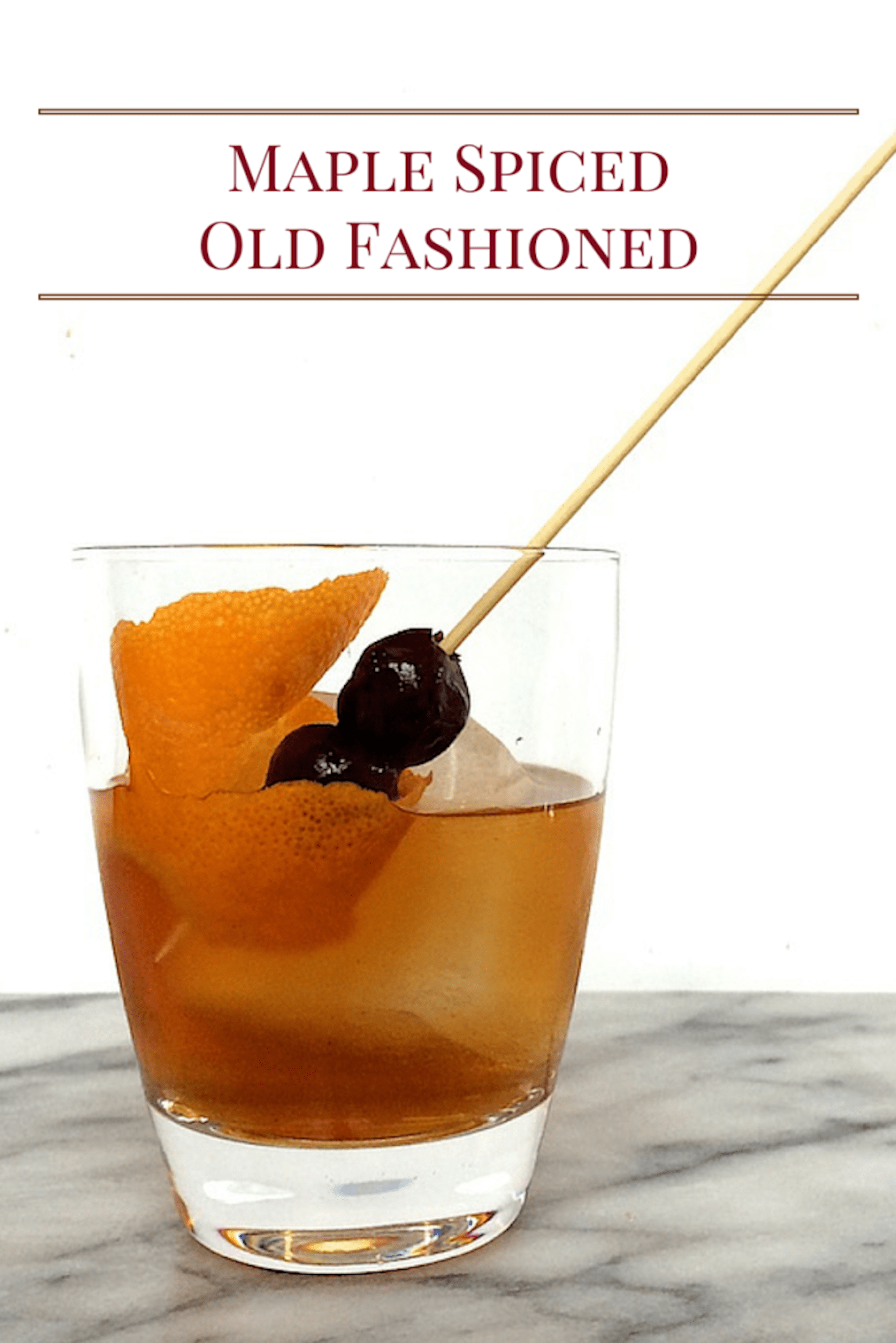 Previous Post: « Reader Questions: Expanding The Garden, Best Gardening Tools, Sand In The Chicken Coop & More
Next Post: Why Your Spring Greens Bolt And How To Stop It »