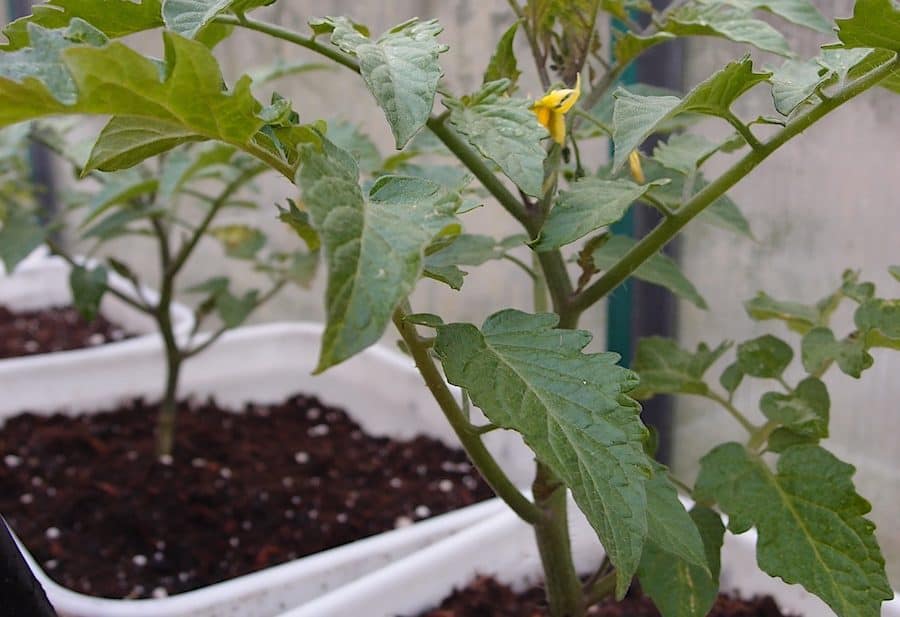 Rachel Shadoan is a writer of exceptional wit. I know because she posted a story of gardening loss on the NW Edible Facebook page that was both so terrible and so hilarious that I read it twice. I asked for her permission to share her tale of tomato-growing woe (and lessons learned) here.

This story appeared originally on Rachel’s blog, Being Shadoan, as part of a longer post on the dangers of the home-remedy. I encourage you to read the entire post in its entirety. It’s hair raising…nostril hair raising.

In the summer of 2009, I decided I was going to have a garden. Why I decided this was a good idea when I was working full time, going to school full time, planning a national convention for a technical sorority, and preparing to leave for grad school, I have no idea.

But I was determined. I had my 5-gallon buckets all full of hand-mixed potting soil. I had planted zucchini, and tomatoes in spades! What had started as a five-bucket garden quickly ballooned into a 20 bucket monstrosity.

Overkill, you know. It’s how I roll.

Things were going pretty well. My tomatoes were beautiful and lush and setting fruit. Sure, the neighborhood cats immediately decided that my beet box was perfect to relieve themselves in (obliterating my poor beets, which never stood a chance against the onslaught of ammonia), but some loss is to be expected in a first garden.

And then the bottoms of my heirloom tomatoes began to turn brown. Then the brown spots went squishy, and began to rot.

My plants had been afflicted with blossom end rot.

Now, blossom end rot isn’t that big of a deal. The rest of the tomato is fine; just cut of the squishy brown bit and nosh away.

But this was a matter of pride! My beautiful heirloom tomatoes should be beautiful! Not brown and squishy, or deformed from amputation.

So I began my investigation. Blossom end rot, it turns out, is caused by a calcium deficit. The plants need the calcium in order to build cell walls: without it, the cell walls collapse, causing the brown squishy nastiness. The calcium deficit is most often caused by insufficient and inconsistent moisture, as the plants need moisture to absorb the calcium. The official recommendation is to set up a drip irrigation system that keeps the plants at a consistent level of moisture.

I thought, “What is wet and is full of calcium?”

“Milk! Milk is wet and full of calcium!”

So I sent my roommate Brian around the corner to Braum’s to pick me up a couple gallons of skim milk. (After all, I figured the fat wouldn’t be too good for the tomato plants.) We waited until the evening, because I didn’t want the milk sitting in the hot soil all day, turning to stanky, nasty yogurt. As the dusk descended, I poured two thirds of a gallon of milk on each of my heirloom tomatoes.

Almost instantly I knew I had made a horrible, horrible mistake. Within moments the leaves of the plants began to curl up and turn yellow, like the whole plant was cringing in horror. Seeing this, I decided to abort the plan, and got the hose to flush the milk out of the pots.

Only, the milk wouldn’t come out of the pots. Waiting until evening had not been sufficient time for the soil to cool down, and the milk had curdled on the roots.

Within hours, the plants were dead (though I did spend days trying to revive them in various ways). The milk, however, stuck around, rotting stinkily in the pots. It was not a good year for the garden, for sure.

I think I speak for everyone when I say: this is a situation crying out for self-watering containers. Thanks for the laugh, Rachel.

We all have garden experiments or experiences we wish could have been learned or suffered by anybody else, or ideally, by nobody at all. I’m mostly over the loss of last year’s garlic crop. Mostly. Okay, actually I try to just not think about it. Do you have a garden loss that still makes you cringe a little bit?