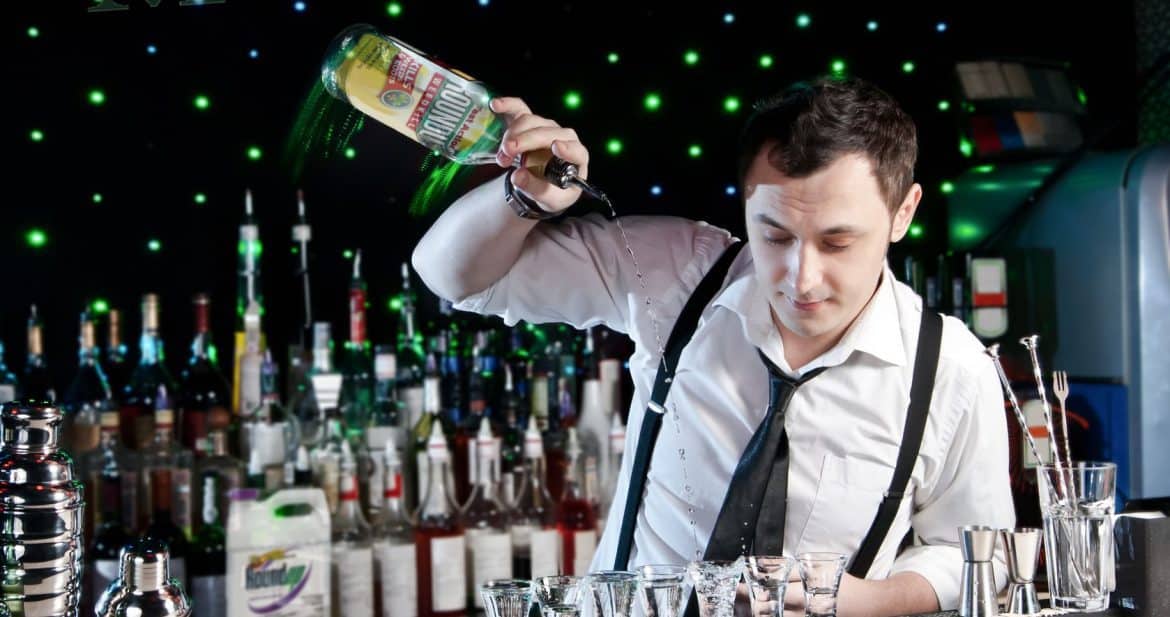 In an attempt to revive slumping RoundUp sales, Monsanto today announced it would begin serving RoundUp based mixed drinks in the high-end cafeteria of the company’s St, Louis, MO based corporate headquarters.

“You can drink a whole quart of it and it won’t hurt you,” Moore claimed in an interview with French television station Canal+.

“You want to drink some? We have some here,” asked the reporter.

“I’d be happy to, actually,” Moore replied, before backtracking. “Not really. But I know it wouldn’t hurt me.”

“If you say so, I have some,” the interviewer pressed, offering Moore a glass.

“I’m not stupid,” Moore said, refusing to drink the glyphosphate-based herbicide or continue the interview.

Moore’s refusal to drink RoundUp has gone viral and led to a rash of negative PR for the agricultural giant already facing a tough start to 2015.

The World Health Organization recently concluded that glyphosate is a probable human carcinogen, and Monsanto corporate earnings are down 34% in the first quarter 2015.

Monsanto has fervently denied the WHOs conclusions that RoundUp is tied to cancer, and is pushing the non-profit health agency for the United Nations to retract their conclusion.

The biotech giant says it can prove RoundUp is safe – and is encouraging employees to enjoy it in cocktails at the new Monsanto bar. 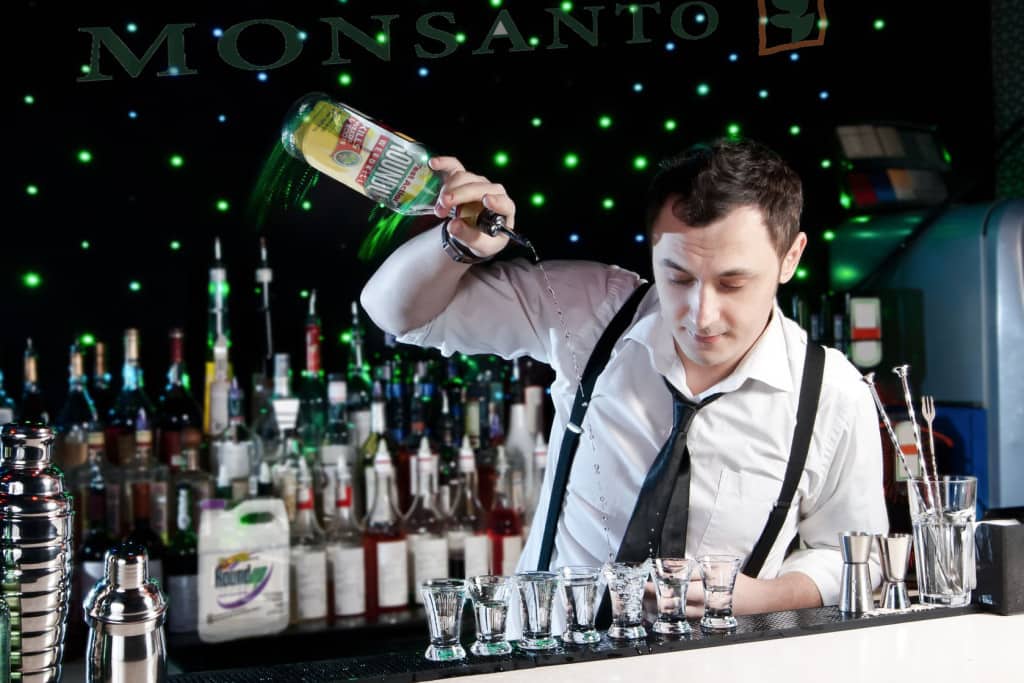 At the new Monsanto headquarters bar, RoundUp is served straight up and in artisan mixed drinks.

The existing science is clear. Knowledgeable scientists and countless studies funded by Monsanto agree: glyphosate is harmless. There is no doubt that RoundUp is safe enough to drink.

That’s why everyone here at Monsanto is so excited to announce a new addition to our corporate cafeteria!

The entire Monsanto cocktail development team has been hard at work testing our RoundUp Ready Cocktails.

It’s been an exciting project here at HQ, and we’re thrilled to show that glyphosate isn’t just a great chemical for killing pernicious weeds – it’s also a delicious addition to your happy hour!

But not everyone thinks GlyFunSpace is so fun.

Stuard Mansonite, a former Monsanto Biotech Engineer and now outspoken critic of the company, harshly criticized the announcement: “Encouraging people to drink glyphosate is a reckless, desperate PR stunt typical of a company that consistently puts profit before everything else, including the safety of their own workers.”

In follow-up questioning, Carthillman shared a few of her favorite RoundUp based cocktails, now available to Monsanto Employees at GlyFunSpace:

The perfect addition to any south-of-the-border meal, this potent combination of tequila, mezcal and agave syrup is muddled with RoundUp-infused sweet corn. At GlyFunSpace The Credit Extender is often ordered alongside organic corn chips and guacamole, but Carthillman recommends it with carne asada.

Due to problems with over-service, this drink can only be purchased with cash. Bartenders will also sell it in trade for the black-market harvestable organs of your children.

Organic, Non-GMO Project verified vodka with organic cucumber water and mint. Served with a shot glass of RoundUp concentrate on the side, it’s custom at GlyFunSpace to order a round of these drinks for a group.

According to Carthillman, this has rapidly become a favorite of Monsanto corporate executives, who yell “Genetic Drift!” and drop the shot glass into the vodka and cucumber drink before gulping down the whole concoction as quickly as possible. The loser in this race to the bottom (of the glass) buys the next round.

A true artisan drink, and Carthillman’s personal favorite, The Indian Bankrupter is both familiar and exotic. It starts with muddled fresh turmeric, lime and gin, and is finished with RoundUp and house-made tonic. Bartenders garnish this drink with a pickled cardamon pod and a few drops of the blood of Vandana Shiva.

GlyFunSpace, in keeping with Monsanto headquarters security standards, is not open to the public.