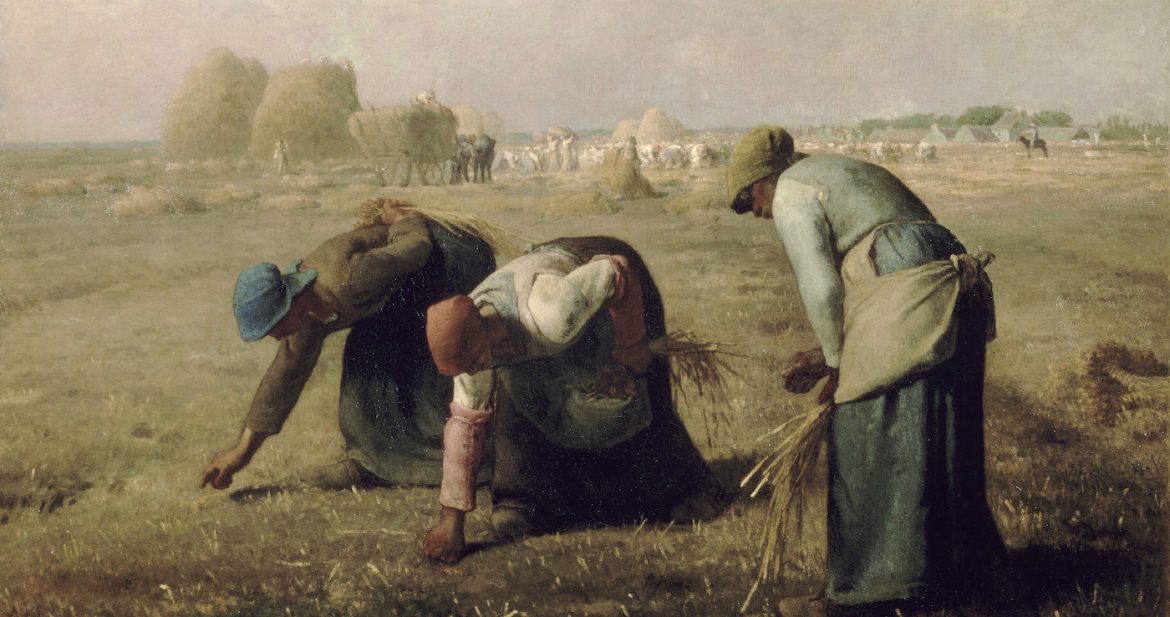 I have a friend, the Shoreline Fruit Lady. Today is her birthday, so in her honor I thought I’d talk about one of her favorite things: gleaning. Fruit Lady is a neighborhood gleaner.

She walks around her ‘hood with kids in tow and if she notices a big overgrown plum or apple tree in someone’s backyard she will leave a polite note on the owner’s door asking for permission to come harvest any fruit from the tree they won’t use. She leaves her contact info and usually the fruit tree owner is thrilled to have someone come and clean the fruit off the tree so it doesn’t fall and rot and become a big mess. 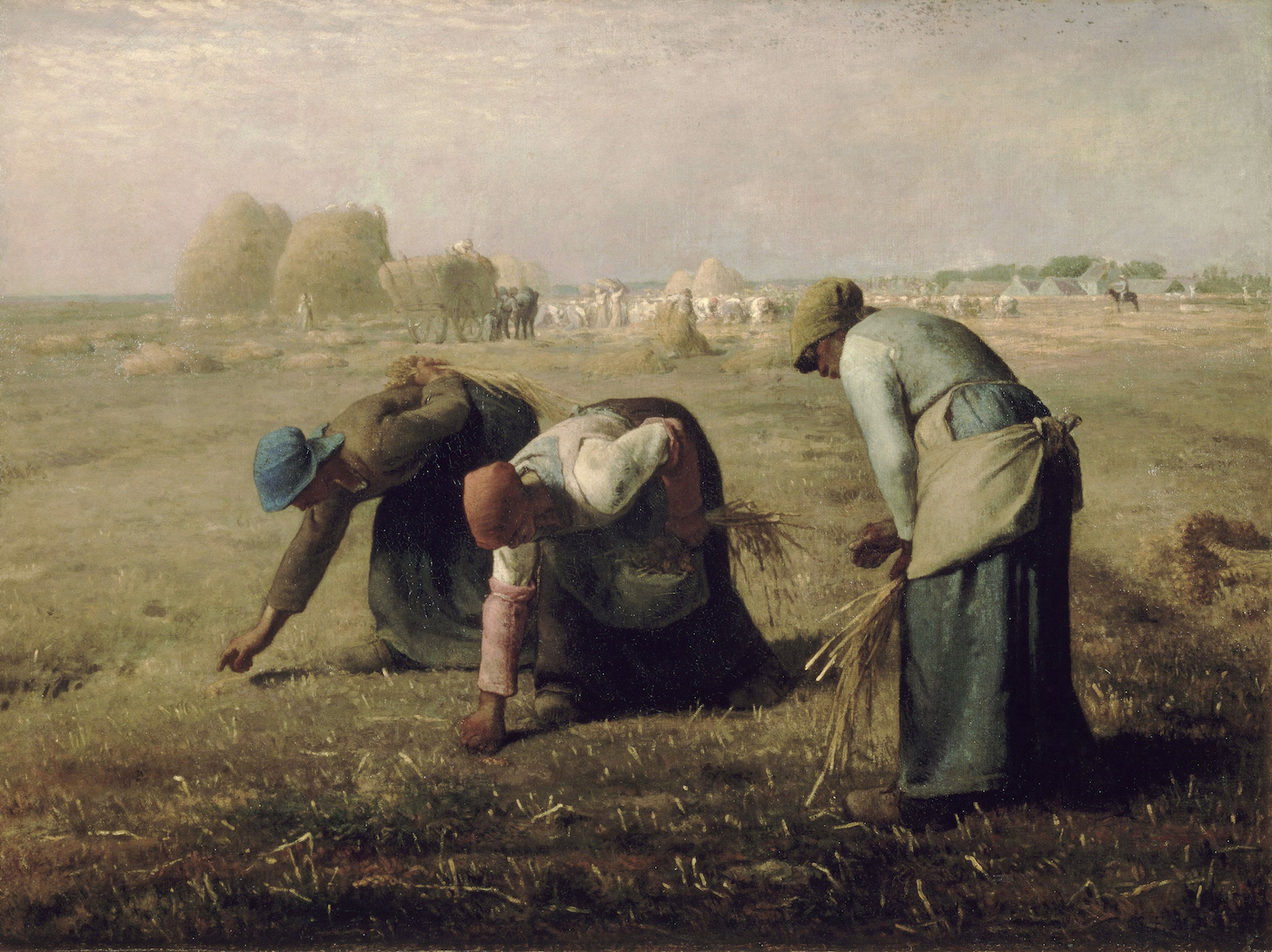 The Gleaners by Jean Francois Millet

Together she and I went on a late summer blackberry picking bender that yielded country wine,  blackberry soda, berry syrup, juice concentrate and molasses, in addition to the most standard jams, preserves and frozen berries.

Last year with little except gumption and a step ladder, my friend harvested over 500 pounds of fruit. Occasionally, weary from hours over a stove juicing and jamming and drying with “help” from two young children, she would drop a huge bag of plums on my doorstep. “Here, we can’t eat all these,” she’d say, “please take them.” That was code for, “I have seven more bags this size in my garage and I just got wind of a full Asian pear tree down the road I can harvest tomorrow.”

It takes a certain single-minded determination to be an urban gleaner. Once we were out picking blackberries along a quiet roadway with our girls. We were following a fence line and picking from the brambles that jutted out past the boundary. We worked our way down the fence and eventually around a corner. When we turned that corner we were in berry heaven. There were blackberries the size of quarters that hung in big, easy-to-pick clusters from ground to seven feet in the air. The fence line looked purplish from the glut.

Our buckets were filling quickly and we were starting to get picky and selective. “Oh, that one still has a bit of red on it. Not good enough!” we would say dismissively. Everything was going swimmingly until a car pulled up next to us. The window rolled down and a man looked at us.

“Can I help you?” he asked, confused.

We had managed to obliviously pick our way two-thirds up this poor guy’s driveway and were within a couple dozen feet of his house. Our kids were playing up the way, even closer. No wonder he didn’t know what to make of the scene.

I was mouth-open, sure I was about to get slapped with a trespassing charge and learn the meaning of hard time in a minimum security woman’s prison, but Fruit Lady handled the whole thing with cool aplomb.

“Oh, hey, you’ve got some great berries here. Can I bring you some homemade blackberry syrup? Or do you prefer jam?”

By the end of the exchange they were like old friends and she had secured his permission to come pick the remainder of the patch clean after the rest of the berries ripened. Apparently he had no idea he had blackberries on his property. And he loved the jam, too.

Gleaning has been practiced for millennia as type of charity. Traditionally the very poorest were allowed to access a field to collect leftover bits of a crop after the main harvest had taken place. In modern times, gleaning is still done by individuals, but is also done on larger scales as an organized way of bringing donations to food banks and hunger charities.

Although Fruit Lady’s windows were fogged from the steam of her water bath canner from July through October, she still wasn’t able to eat or preserve as much fruit as people were more than happy to give her. So my friend donated boxes upon boxes of good, fresh fruit to her local food bank. In this way she connected a resource to the people who need it, and in doing so stopped a lot of perfectly good food from rotting on the ground.

My friend isn’t alone. The Lemon Lady is a pioneer in urban gleaning, having harvested over 200 tons of urban fruit for food banks in her hometown in California. In Seattle, CityFruit coordinates the harvesting of private urban tree fruit by volunteers who collect the fruit for food charities, daycares and senior centers.

Have you ever gleaned? Do you glean for your own family, for charity, or for both?
4