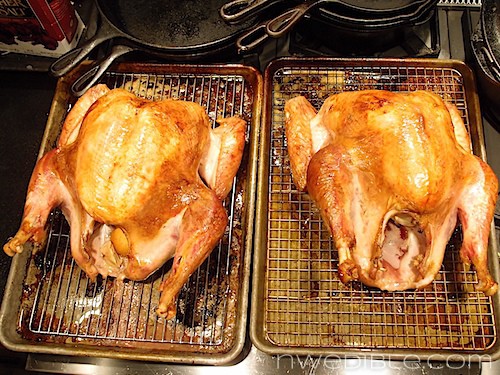 Last year we performed a taste test. We ordered two, 12 pound turkeys from our local yuppie-hippie market. Both were raised by Diestel, a large, independent, family-owned turkey ranch in California. By all accounts the birds had a good life and one bad day, living on pasture, free-ranging and eating vegetarian feed and whatever bugs they could grab until slaughter.

The turkeys were both purchased fresh and were prepared, brined, roasted and served the same way, and at the same time.

The Broad Breasted White is the standard commercial breed, and every Butterball factory in the country is filled with these poor birds who, owing to breeder’s selecting for larger and larger breasts, suffer from health issues and an inability to mate naturally.

The typically soporific flavor of the Broad Breasted White is often blamed on the breed, but a boring diet and poor grow-out conditions in a commercial setting (big sheds where the birds get little exercise and can’t engage in their basic turkey behavior) is probably as least as guilty as the breed.

That’s why we didn’t include a supermarket Butterball in our taste test. We weren’t interested in confirming that a well raised turkey tastes better than a poorly raised turkey. That’s a question with, to us, an obvious answer. We wanted to see how much role breed plays in flavor.

So, the other turkey in our taste test was a heritage-type bird, an “Heirloom” bird, bred and grown slower, the old fashioned way, to give what promised to be more dark meat and a rich, old-fashioned flavor. 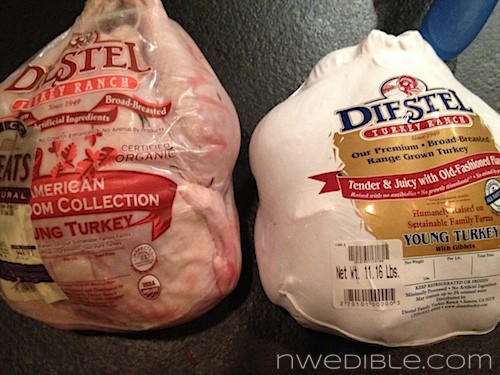 In researching this article I’ve learned that there is a bit of a dust-up in the heritage turkey world about big name ranch Diestel marketing their not-exactly-heritage birds as “Heirloom” in what appears to be a total Whole Foods clientele marketing coup.

Heritage turkeys are purebreds that go back a long way. There are standards the breed has to meet, just like with purebred dogs or cats. It seems Diestel’s heirloom birds are bred from Auburn Turkeys and Bronze Turkeys. Everyone agrees that the Auburn is a true heritage breed. Bronze Turkeys have a heritage “Standard” line that is able to breed naturally, and an “Improved” Broad Breasted line that has a long pedigree but is unable to breed naturally and is therefore decidedly not heritage.

According to the Heritage Turkey Foundation, Diestel’s Heirloom birds are bred from the Broad Breasted Bronze variety, an older variety but not a heritage breed, which the HTF describes as, “essentially a [Broad Breasted] White, but with brown feathers.” This makes the Diestel Heirlooms, “actually an organically raised crossbreed that incorporates both heritage genes and nonheritage,” according to Chow.

So what does this all mean for our big turkey taste-off? 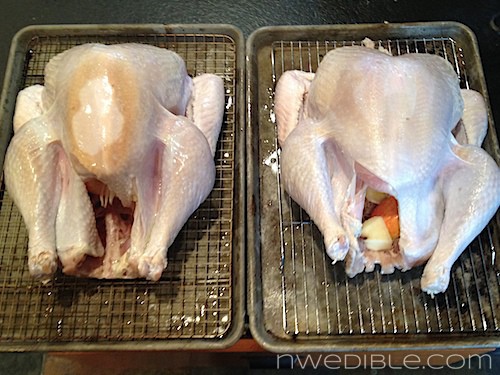 Neither bird was injected with a weight-enhancing and flavor-diluting chemical salt solution, and neither had one of those terribly obnoxious plastic red pop-up timers plunged into it’s breast. These things all by themselves are worth at least 75-cents-a-pound to me. 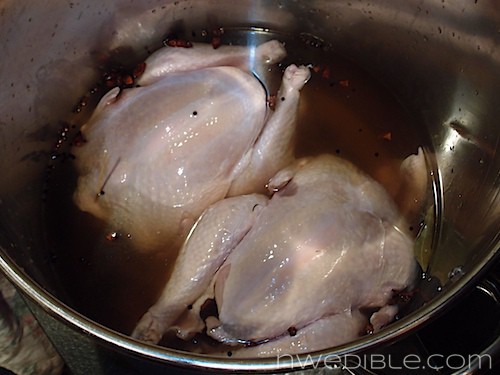 I never truss poultry because it just leads to flabby skin between the breast and thigh and does not, contrary to popular belief, result in “more even roasting.” 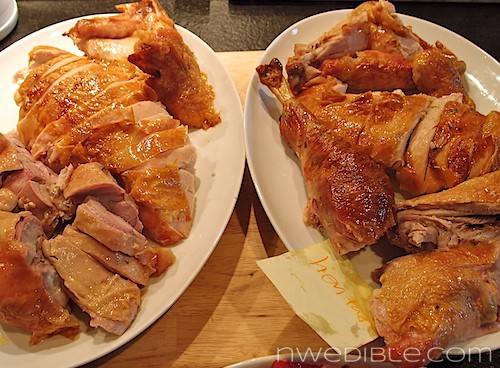 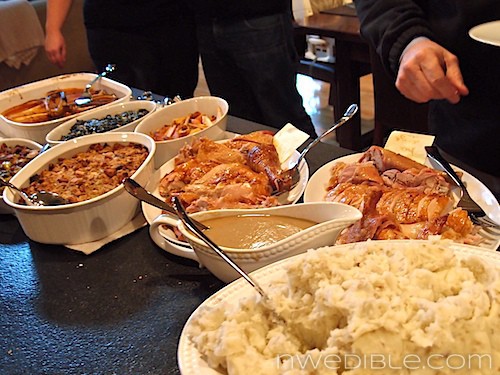 Everyone tried some of each type of turkey. 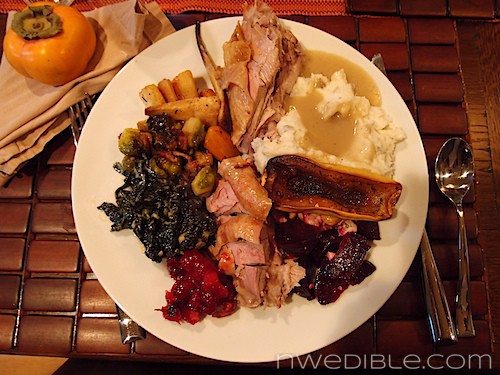 Winner: Heirloom, though I would recommend any of the Diestel products over industrially raised turkeys based on our sample of these two whole turkeys. 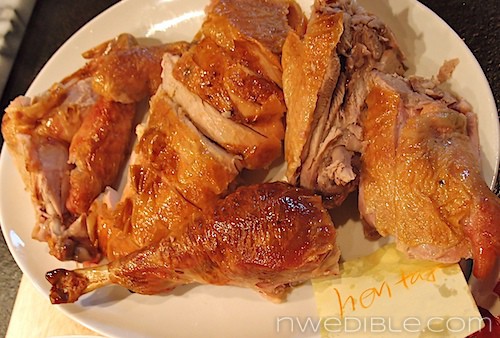 Now that I’ve learned all about the Great Heritage Turkey Controversy, I think we’ll have to do a true heritage taste-off one day! I’ll start saving.

Have you eaten heritage or heirloom turkeys? Did you notice a flavor difference? What will be on your plate this Thanksgiving?

*Prices given are local current year prices. When I purchased these turkeys in 2011, they were each about 20-cents a pound less expensive.