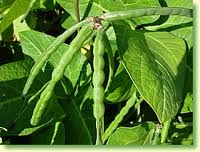 The more I learn about farming, the more I realize that plants are truly wondrous things.  It’s easy to think plants are boring and passive.  After all, they just sit there.

But here’s some news!  Plants are powerful chemists and very active participators in their environment.  On our farm, we now see plant properties and behaviors as a tool for rejuvenating our dead soil.  Here’s what we’ve learned so far.

Plants make a lot of sugars and other compounds from photosynthesis, and instead of using them all for energy, they leak a lot of them from their roots to attract and stimulate soil microbes.  These compounds are called “root exudates”.

Every plant variety leaks its own signature of chemicals in the form of amino acids, carbon, and organic acids to attract the beneficial soil microbes it needs to live and thrive.  Plants actively modify their environment and build their own microbial community in the soil!

Plants leak a lot of chemicals.  These chemical compounds are signs of welcome and warning.  Most of the compounds are welcome chemicals that attract a very beneficial and helpful bacteria and fungi community that like the plant’s exudates and promote its growth.  Plants also leak warning compounds to keep themselves safe from soil herbivores and other threats.

Farmers and gardeners can take advantage of plant exudate properties to improve soil and grow food that’s very nutritious. Filling the soil with many diverse plants that have shallow, medium, and deep roots will take advantage of the fact that all plants leak different compounds that will stimulate different segments of soil’s beneficial biology.

The soil on our farm has a long way to go before it is truly fertile with a fully restored biology.  We need a diverse soil biology community, so we plan to improve the soil by planting from many different plant categories:

Cow peas (black eyed peas): one of the best legumes for building soil.

Legumes such as peas, beans, clover, and alfalfa leak exudates that attract both Rhizobium bacteria and mycorrhizae fungi.  Both of these are huge plant growth promoters. Rhizobium fixes nitrogen from the air in return for sugary exudates.

Mycorrhizae are amazing symbiotic fungi that work wonders for the soil.  They go for maximum carbon exudates from the plant.  To get what they want, they boost the plant’s photosynthesis by conferring drought resistance and bringing phosphorus, copper, zinc, manganese and other ions and amino acids to the plant.

By making the plant healthier, they get even more carbonaceous exudates from their host.  Mycorrhizae turn a lot of it into glomalin, a significant carbon component in the soil that helps glue soil particles together and form wonderful aggregates that let more air and water percolate through the soil.  Legumes are clearly a win-win-win for soil.

Corn, warm-season grasses and broadleaves such as sunflowers leak massive amounts of exudates.  They are trying to attract a large, diverse microbe community for protection and growth promotion, including lots of mycorrhizae (myco).  So this plant category can also stimulate lots of soil biology and sequester quite a bit of carbon via myco.

Brassicas such as mustards, radishes, broccoli, kale, etc. are different.  They do not associate with myco.  Instead, they leak some rather harsh acids.  They don’t need myco to go get soil minerals because they can use acids to get it for themselves.

Brassicas’ acid exudates can cleave off calcium that is tightly bound to phosphorus in the soil.  The brassica plant then soaks the phosphorus right up.  That’s why planting brassicas is a good method for “mineralizing” tightly bound phosphorus and making it available for the next plants that grow as the brassica decomposes.

Brassicas also stimulate the middle of the soil food web, arguably the most important part – the mites, earthworms, and other recyclers that prey on bacteria and fungi to keep them in a healthy balance.  Multiple studies show that, for some reason, brassicas make earthworms and other soil animals go really nuts in a good way.

So brassicas are key for mineralizing hard to get soil minerals and for stimulating the very important soil animals.

A different kind of Alfalfa

Deep rooted plants such as alfalfa and sweet clover can bring up fertilizers from long ago that have leached deep into the soil profile.  The long roots also make channels for earthworms and other beneficial biology to travel.  The channels provide for better air and water percolation which fights compaction and improves soil structure.

Flowers like phacelia have nice, fine roots with lots of fungi.  As pollinators, they can attract more above-ground diversity to the farm or garden.

On our farm, we’re going to improve the soil by growing a big cover crop cocktail.  We’ve ordered a seed mix that includes several varieties from each category mentioned above.

We’re really excited to see how the cocktail grows. With the big diversity of plants and flowers, I’m hoping it will be super pretty. As late summer nears, we hope to see more wildlife and insects and good water retention.  And as all the different plants stimulate all parts of soil life, we should see our subsequent crops growing much better.

Cover cropping isn’t just for farmers – it’s a great technique for limited-space gardeners, too! Do you use cover crops or take advantage of root exudates in your garden to build your soil quality?

Passionate gardener Kelly Scott farms with her husband in Southern Maryland. Their land’s beauty was diminished by dusty soil from 150 years growing tobacco and a decade growing GMO soybeans. Faced with this soil challenge, Kelly became keenly interested in how to bring dead soil back to life. She still has many questions but is convinced that plants, particularly dense and diverse cover crops, are the key to restoring humus and beneficial biology to the soil. She blogs at Sweet Bay Farm.