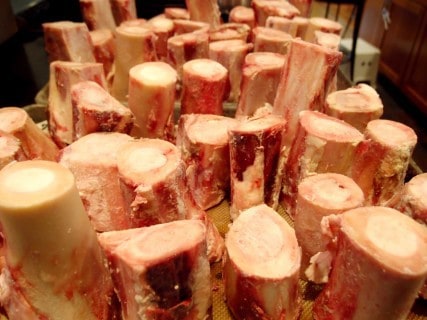 I recently made beef stock with marrow bones (sometimes called pipe bones) and in the process rendered out a heck of a lot of beef fat (tallow) from inside the bones.

Two birds with one stone, and all that.

See all the white stuff inside the bones? That’s marrow. It’s either a great culinary delicacy and the reason mankind started using tools in the first place, or totally super gross, depending on who you talk to. It’s composed of about 90% fat. 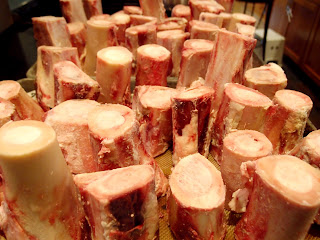 After roasting and days – days– of simmering, the bones were empty and the stock made from them was covered with a think layer of fat. 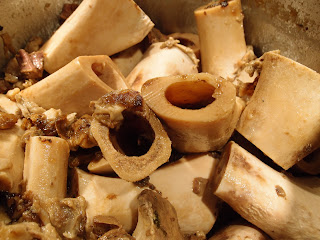 Now if I’ve made a batch of chicken broth and there’s a thin slick of oil on the surface, I consider that just about right and leave it in to give soups and whatnot a little oomph. But this stock had so much fat on it, it had to be dealt with as its own thing.
There are two ways to skim the fat off of stock.
The first is to carefully ladle out the fat by pushing the lip of the ladle just under the surface of the stock. The fat, which is floating on the surface, will roll into the ladle while the water-based stock below will stay (mostly) left behind. 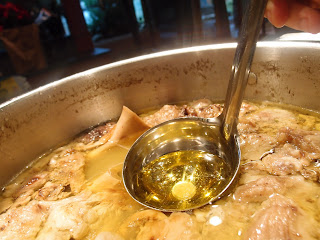 I prefer the second method, which is easier but involves a little planning ahead. Simply strain off your stock into a second container, and chill it down. The fat will rise to the surface, solidify as it cools and be easy to separate and scoop off the stock. 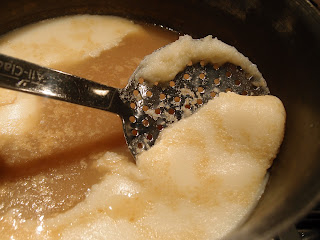 I like to use a wide, flattish slotted spatula for this. 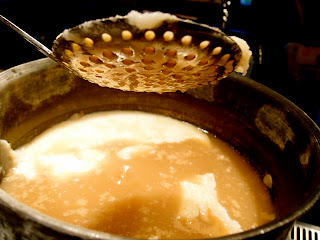 Transfer your fat into a stainless bowl or (probably better) a small pot. 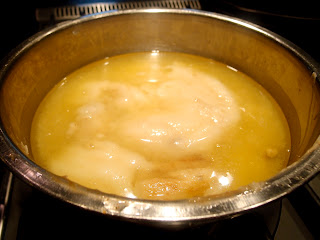 If your fat isn’t warm and liquid, you’ll need to melt it. This is why I say a pot may have been better, but I’ll toss a stainless steel bowl directly over a flame in a pinch. 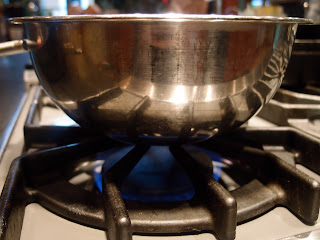 Strain your fat. I’m going from one bowl to another here and you can see my set up. The liquid fat on the right is just poured through the strainer into the bowl on the left. If you are absolutely sure there are no chucks of meat or bone or stock making residue you could skip this step, but it doesn’t add much time. 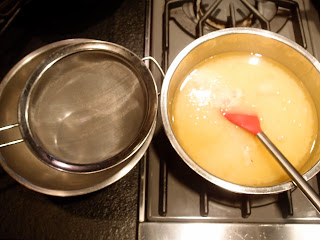 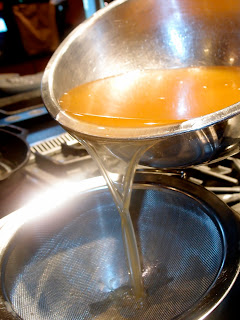 Now refrigerate your bowl-o-fat. Leave it several hours, or overnight. The fat will become very hard at refrigerator temperatures, and will solidify to a creamy white color. 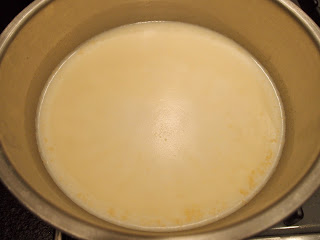 When the tallow has hardened, it’s time to clean it. (Astute readers may notice that the photo below shows a slightly different bowl. That’s because I had enough tallow to do this whole process twice!) First, remove the tallow from the bowl. Slide a thin-bladed knife around the bowl and the tallow block should more or less pop right out. 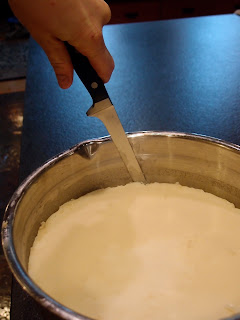 Notice the layer at the bottom that I’m touching in this picture…that’s the thick, congealed stock (you could call it beef jello…we did in culinary school) that separated out of the fat as it cooled. That’s what we need to get rid of. 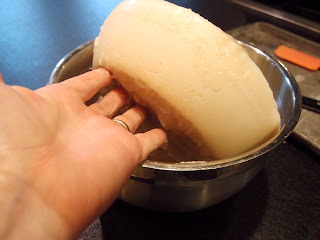 Flip the tallow over onto a sheetpan or cutting board. Looks like the world’s ugliest cake, doesn’t it? 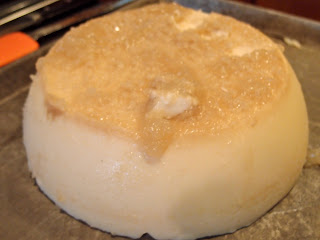 Use a spatula to scrape the beef jello off the fat. I know it looks nasty, but save that stuff. It has a lot of flavor and gelatin and you can add it back into your now defatted stock, where it will add tons of body. Once it’s melted back into the stock it won’t look as gross, either. 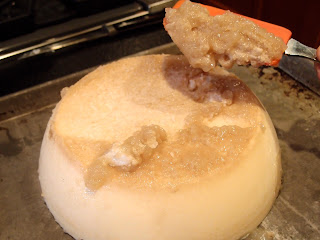 We’re down to just fat, now, but the area where the fat and the beef jello came together is kinda soft and spongey looking. I scrape that part off too, down to the firm, hard fat. We’re looking for a solid, unblemished block of give-your-cardiologist-nightmares saturated fat. 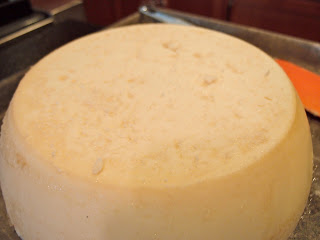 The “soft” fat was scraped off and set to the left. A bit of hard, smooth fat below was scraped of for comparison and set the the right. See the texture difference? The left looks a bit like whipped or curdled butter, the right more like butter right out of the fridge. 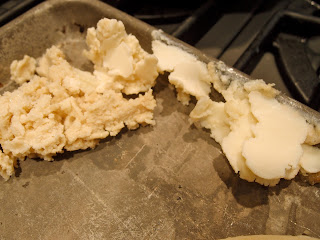 When you are down to just the smooth stuff, stop. You’re done. If there’s any remaining imperfections or stock scum clinging to the outside of the fat, just wipe it off with a lint free cloth or paper towel. Now it looks like a rather nice, if uninterestingly decorated, vanilla-frosted cake. 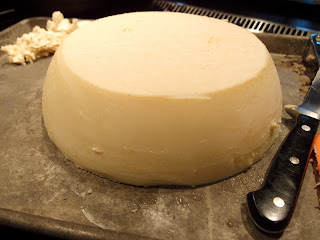 Now, since even I can’t use up several pounds of beef fat in a week or so, this bad boy got cut into chunks, wrapped and frozen for future use. 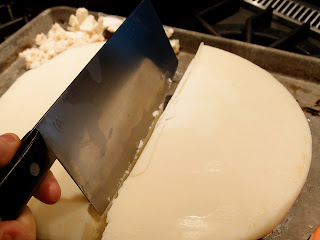 Would you care for a slice of fat cake? (“Mmmmm, fat cake,” says Homer.) 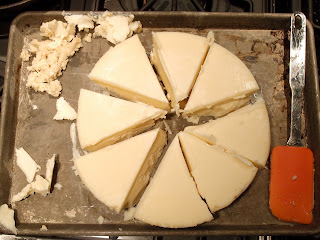 Do you render or use beef tallow in your cooking?
82