We saw the balloon about eight leaps out, squishing along through the haze. It was drifting towards us, undulating slowly down from the roof of the four-story across the border street.

“Slickball!” We could outrun the balloon – they were slow – but not the splatter when it blew above us.

We slammed into the pile of border rubble, too hasty in our clambering. Up and over the urbanite walls, feet slamming down, away from the slickball, towards the closest hole, always on the lookout for that telltale sheen where previous balloons had blown. One slip, one misplaced hand and we’d lose another fighter. Once you touched the slick, there wasn’t much the healers could do.

I heard the long blow alongside my ear, then nothing but pounding blood in my temple. Too long, it’s taking too long. Finally the echo, the second horn, calling back from the far listening post of the inner walls. Our people would have time for the roofmake. That was all that mattered.

I was not yet born when the first of the balloons drifted over our land. Back then every man had guns and bullets. We don’t ask who shot at the balloon first anymore. It is forbidden, and it doesn’t matter – the thing would have blown anyway.

That first one exploded over four of our families. The kids were just playing in the field, drawing pictures in the dust, rolling old cans around like racing wagons. They say one little girl was covered with it – the slick coated her hair and ran down her face. They say she licked her lips and smiled, and said it was sweet like honey.

Three days later, she was the first to die. Then they all did.

Many of us died before we learned how to protect our people from the slick, with the saltroads and our horns and the call for the roofmake. The slick was cheap, the old man once told me – that’s why they used it so much, but I couldn’t tell if he was talking about the Oldland or the balloons.

Our men are strong, so even if they get slicked heavy, they last awhile. The fighters can cling to life for weeks. They lose everything that mades them human before their end comes. The blackleg is the worst. You can tell when a man has the blackleg from three rooms away. Once the smell from the rot comes on, the healers just drag him out to the pits and leave him there.

The little ones are luckier, they die pretty quick, right after everthirst. They usually know their mama right up until they choke a bit, and then their breath stops and her wailing begins.

They say the old man’s mind split when that first girl died. They say he had been a man of great knowledge, a kind of healer and magician in the Oldland. Now he wanders the fields and mutters all the time about the flip. “What just flipped?” he’ll sometimes shout, demanding his answers from the hills. This is the crazy part of his mind.

He says people used to eat the slick on purpose, and not die. He says we need to understand why the flip happened and everything could be different. His eyes often slide up and to the side, to their remembering place, searching. Ours just roll.

He says they used to put it in all kinds of food – things that were sweeter than fruit or boiled down goat’s milk, bread that was white like ash. He says half the Oldland grew special crops just to make the slick, and everybody loved it and ate it all the time.

He says before the flip, it never killed anybody.

It was late at night and I was super bored of writing canning recipes. I searched for “Food Writing Prompts” and found this list. This work of flash fiction (a very short short story) is in response to Writing Prompt 18: “Write a story about a time where commonly eaten foods are being used as a weapon, such as popcorn or vegetables.” 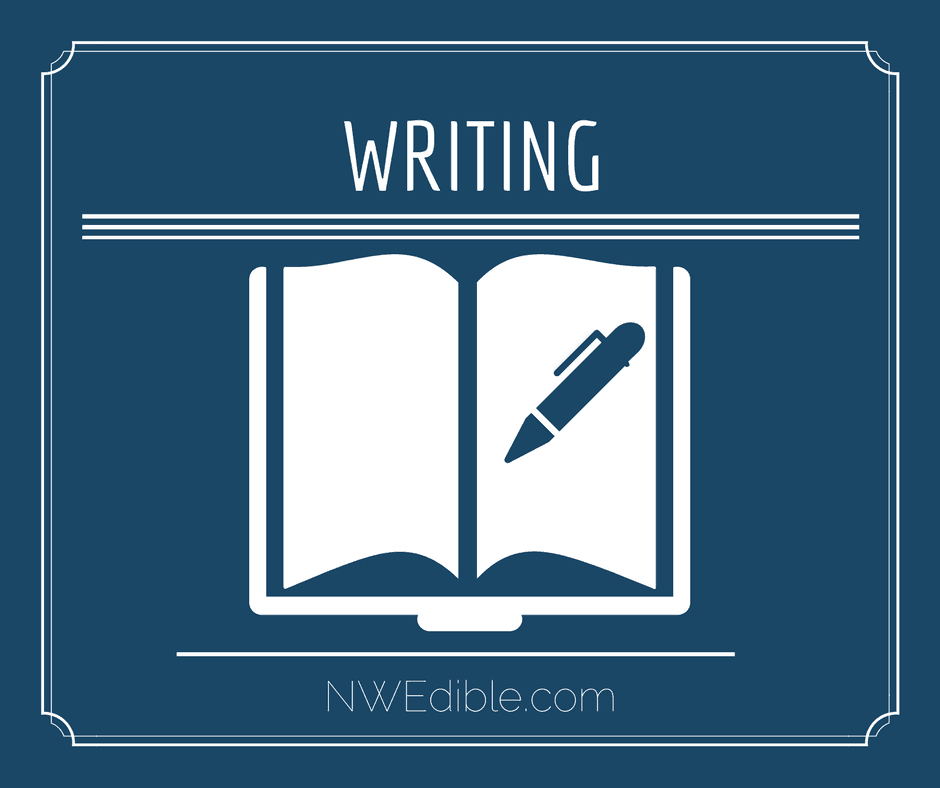 Previous Post: « Productive Home Weekly Report: 8/19/17
Next Post: Is It Safe To Sterilize Or Keep Canning Jars Warm In The Oven? »