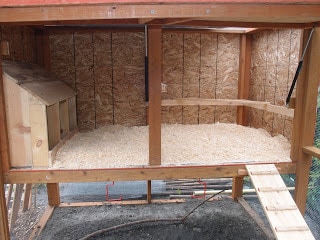 On Saturday the chickens were moved from their indoor Pack & Play brooder to their permanent home – the outdoor coop. The chickens are five weeks old and seem fully feathered to my new-chicken-keeper eyes so we decided it was time for them and their constant, unending pooping to move outside.

We put down a nice thick layer of pine shavings in the coop and installed the heat lamp to provide a bit of a warmer spot for them to sleep at night. They seem really happy to be in the fresh air with plenty of room to run around.

Pine shavings in the coop. 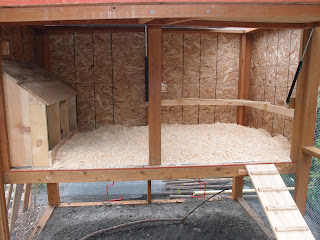 Hooks where, eventually, the big feeders and waterers will hang. For now we just moved their little brooder feeder and waterer into the coop. 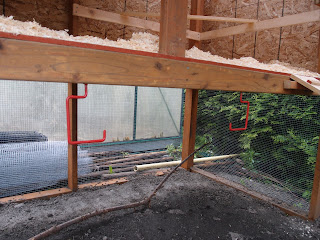 The pneumatic struts held the clean-out door up wonderfully! Note the blue blanket over the coop; that’s to keep heat in while they are adapting to being outside. 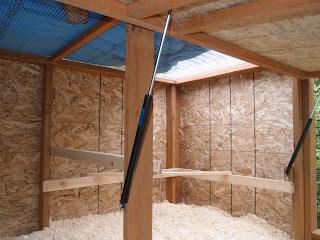 They won’t need the nesting boxes for awhile, but they are packed with straw. 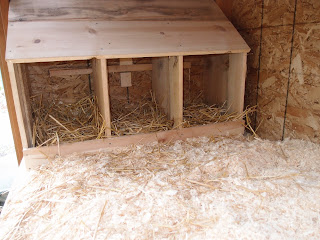 Nick covered the floor of the run with straw as well. 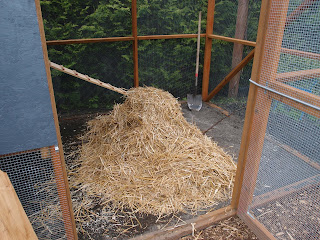 With all that done, everything was all set for the girls. 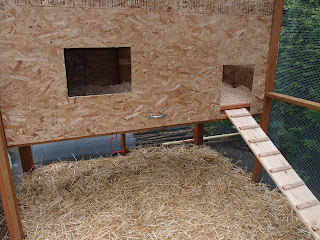 We transported them from their brooder in a big cardboard box. 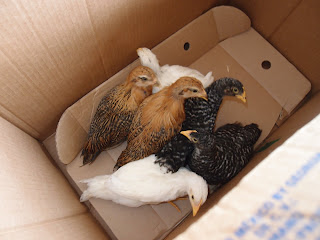 One of the Amerucanas was the first into the coop. 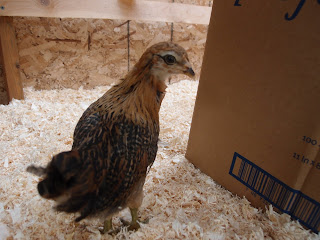 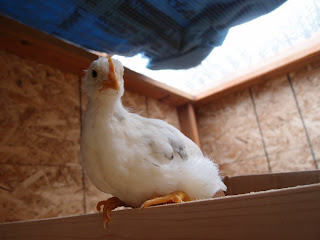 Nick enjoyed placing the chickens on the low roosting bar. Later I took them down. 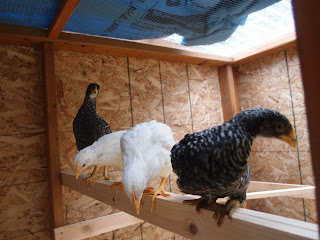 They all seemed very happy in their new space. We checked in on them several times, naturally, and they quickly got to work scratching, pecking, eating, pooping and drinking. 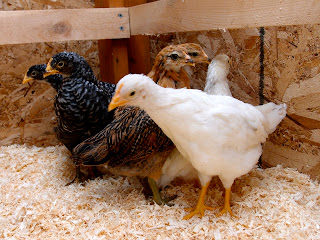 Moving the chickens was fast and easy. We are already appreciating how easy it is to care for and interact with the chickens now that they live in the walk-in outdoor coop. Having the pooping out of the house makes us pretty happy too.
9