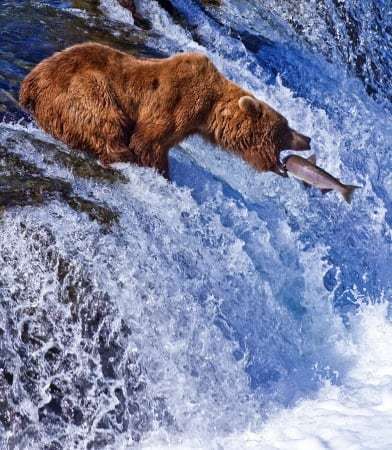 My dad, a capable man by any measure, a highly skilled Marine in his youth, a brilliant car mechanic and automotive diagnostician as an adult, and a generally handy-about-the-house guy, has long confessed that he does not know how to boil water.

If a man of his skill and diverse competencies cannot boil water then surely he must not be alone. Could this ignorance be pervasive among the men of this nation, but confessed by only the few with the true courage of my dad? Are we a nation of men who can only raise water’s temperature to a mere simmer, and perhaps not even that far?

Is it disdain for boiling that has driven us to this point? Surely not, when celebrity chefs of no less a stature than Thomas Keller expound on how essential boiling water can be. No, it must come from a breakdown in social order, in the passing on of essential life skills.

This rising tide of thermal ignorance must be stopped – we must become a nation of water boiling men once again! As so with this mission in mind, I now present the Man’s Guide To Manly Water Boiling

Obtain the water from whatever source you wish. Wading naked into a frigid, violently rushing Alaska river frequented by Grizzly Bears will get you the most manly of water (dilute Grizzly shit increases the manliness quotient of anything). If this is not possible, common tap water will do fine for most applications.

Ask him for water

Regarding a container, you may be tempted to hold the water in your hand. Do not do this. Using a vessel of some sort is safer, and allows you to boil larger quantities of water at once. Be sure to choose a vessel with a masculine sort of grandeur.

Most suitable are containers made of metal: aluminum and stainless steel are common for this application. The most masculine vessel will be repurposed from some kind of vehicle. Oil pans (clean first!), fuel tanks (clean first!), or the combustion chambers from discarded rocket motors (clean first!) are all excellent. Pots will also suffice, and such containers may already be available and pre-cleaned in your kitchen. 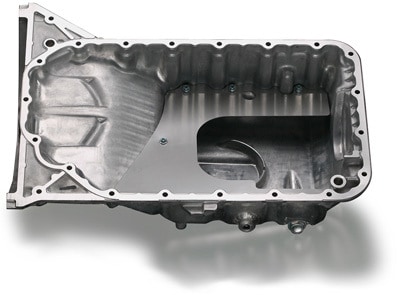 Make sure drain plug is screwed on before filling with water

Heat sources offer some room for choice. The manliest of all heat sources – the heat source that gives even the smallest boy a manly advantage over a much stronger foe – is fire. A good open fire is manly in the ways of woodsmen, survivalists and Kalahari hunters with the stamina to persistance hunt an antelope.

Technology is also manly, and the microwave does have a certain masculine heritage, descended as it is from World War II night fighter radars and utilizing Superman-like reliance on invisible radiation for its power. However, the manliest heat source of all is the typical kitchen stovetop burner. It is easy, and involves either buttons or knobs. Men like easy, and we like buttons and knobs.

Place the desired quantity of water in the container. Evaporation may result in a slight loss of volume during the warming and boiling time, so you may wish to allow for this.

Place your water-containing vessel on top of the burner. Do so carefully, as the burner is a potential source of ignition.

Now is the time for action. The gear is ready and prepared.

Ignite or activate your heat source. For an electric stove top this is as simple as turning a knob in most cases. For boiling water, there is no need for subtlety: go straight to “High.”

Modern gas stoves are equipped with automatic ignition systems that generally eliminate the need to use matches, a Zippo, flint sparkers, or the old Boy Scout bow-and-drill technique.

Remember that boiling water takes time. Please do not watch the pot – it will actually cause the water to boil more slowly, as women and water-boiling men have long known. Instead, find something to occupy the next few minutes.

The actual amount of time required to boil water is difficult to predict, dependent on many interrelated variables. As a good rule of thumb for moderate quantities of water, I suggest the following:

If you are forced to wait in the kitchen, a pint of beer can be consumed in about the amount of time a pot of water takes to boil.

Boiling water is dangerous – containing far more energy, and therefore capable of causing much more severe burns, than merely hot water. You may want to announce this to your family, making sure they stand well clear of the boiling process and give you the necessary room to respond to any emergency situations that may arise.

Boiling also releases steam, the highly energetic vapor state of water. These clouds of mist may look like peaceful clouds but they are capable of causing painful burns and fogging glasses – treat them with caution.

How will you know when your water is boiling? Like many things in life, you will know it when you see it. The amount of steam released will increase dramatically and the water’s surface will transition from smooth through a turbid state, pocked with small bubbles, and into a fully chaotic state of undulation known as a “rolling boil.”

If you are unsure, carefully use a probe thermometer to measure the temperature of the liquid. It should read approximately 212 degrees Fahrenheit (100 degrees Celsius if you are Canadian, a scientist, or live somewhere that values a rational base-ten measurement system), slightly less at high altitudes.

Congratulations, you have now boiled water and have before you a tool of almost limitless potential!

Men, go forth and boil! This skill may save your dinner – or indeed your very life – one day.

Previous Post: « Confessions Of A Total Garden Failure
Next Post: How To Dry And Use Mandarin Orange Peels »