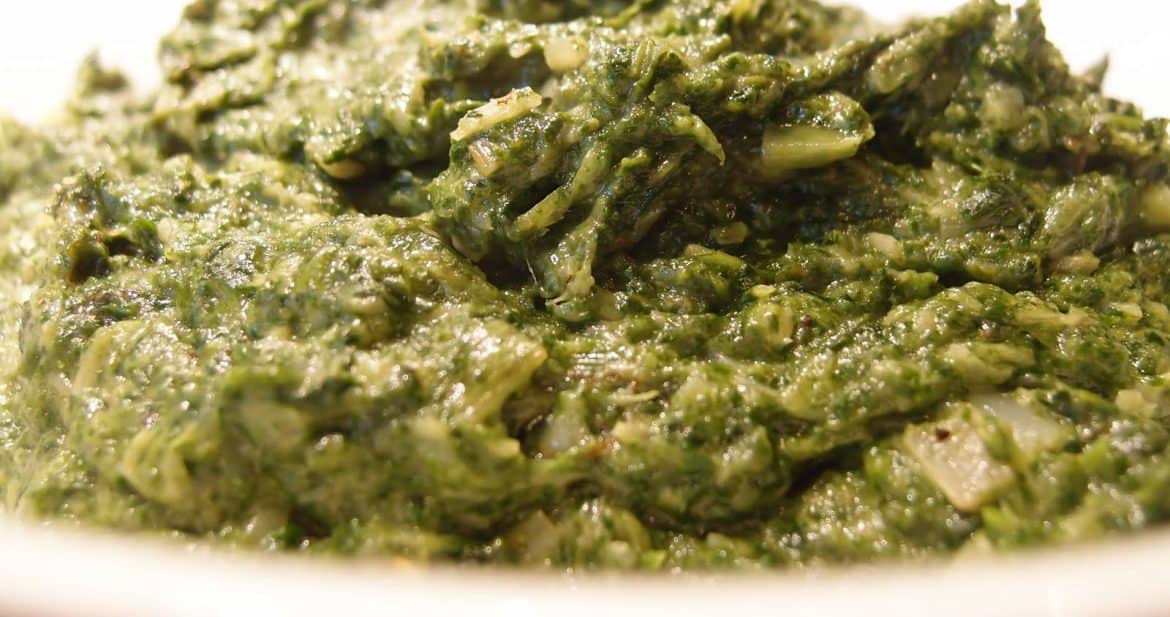 The garden has had a spinach ka-boom moment. I was waiting patiently for my spinach to size up, and now, oh boy, has it. But that’s not something to complain about, really. Spinach is tasty, quick to wash up, and always on those magazine lists of “Foods You Must Eat To Be Healthy.”

When faced with a lot of spinach that needs eating, skip the salad route. Cooking will turn a ton of spinach into a reasonable vegetable side for dinner.

I filled the harvesting basket with spinach that was starting to bolt. I knew it’s days were very numbered and I didn’t want it to go to waste. Now you will often hear that once a plant starts to bolt you cannot eat it. There is this idea that the mild tender leaves of spinach or lettuce turn bitter and harsh and tough immediately, the moment a bit of seed-stalk lengthening takes place. I have not found this to be the case. There is a difference, yes, but it is a difference of degrees and a process that might take a week or so to run its course. Since my almost-bolting spinach was still tasty and tender, and since I intend to braise it anyway, I saw no need to consign it to the compost bin.

I filled my harvesting basket with spinach, and set the leaves and tender stems in cold water to wash. 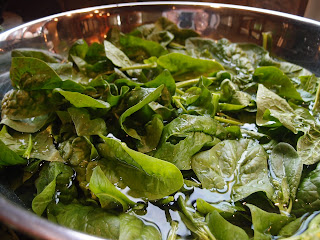 I chopped up the very last of my winter leeks. Nothing fancy since I knew I’d be pureeing everything anyway. An onion or a few cloves of garlic would substitute quite nicely. 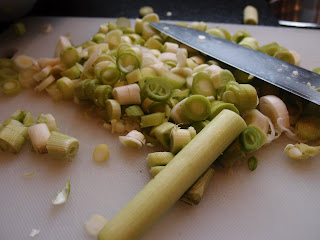 I sauteed the leaks in a bit of olive oil until they were softened and added a scant cup of heavy cream. That’s a lot of cream, but I ended up with two pounds of cooked spinach puree, so I was dealing with a serious quantity of spinach here. Adjust amounts based on what makes sense for how much you have harvested. I cooked the leeks in the cream for about 3 minutes, until they were tender. 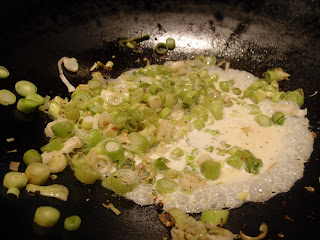 Then, in went the spinach. Everything cooked down. 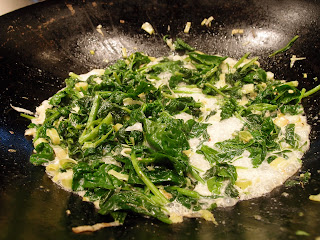 When the spinach was fully soft and the cream had reduced, I used my immersion blender to pulse the spinach into a chunky puree (think spinach artichoke dip texture). You could also transfer the mixture to a food processor, blender, or food mill and puree that way. Or, you could not puree at all. That would be a lovely side dish as well. 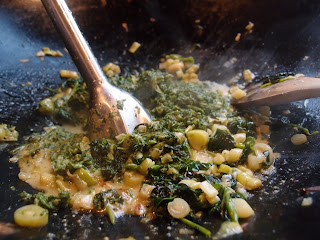 I seasoned the spinach puree with salt, pepper and nutmeg (I love nutmeg with spinach). Here’s my 8-month-old son reaching for the nutmeg. In truth, he’s the other reason I went with a puree on this side dish – I knew he’d love it too! 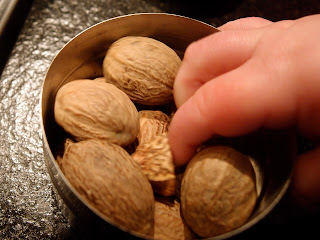 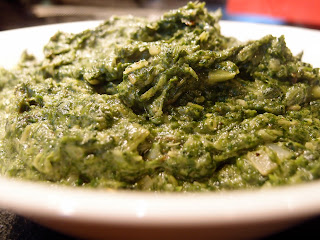 I smeared a generous dollop of the puree onto a slice of homemade bread and topped it with a hunk of herb marinated chevre. My son stole my spoon and turned himself and everything within spoon-radius a nice spinach green color. We both enjoyed our spinach dinner. 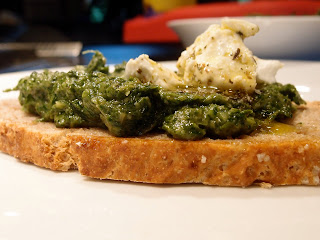