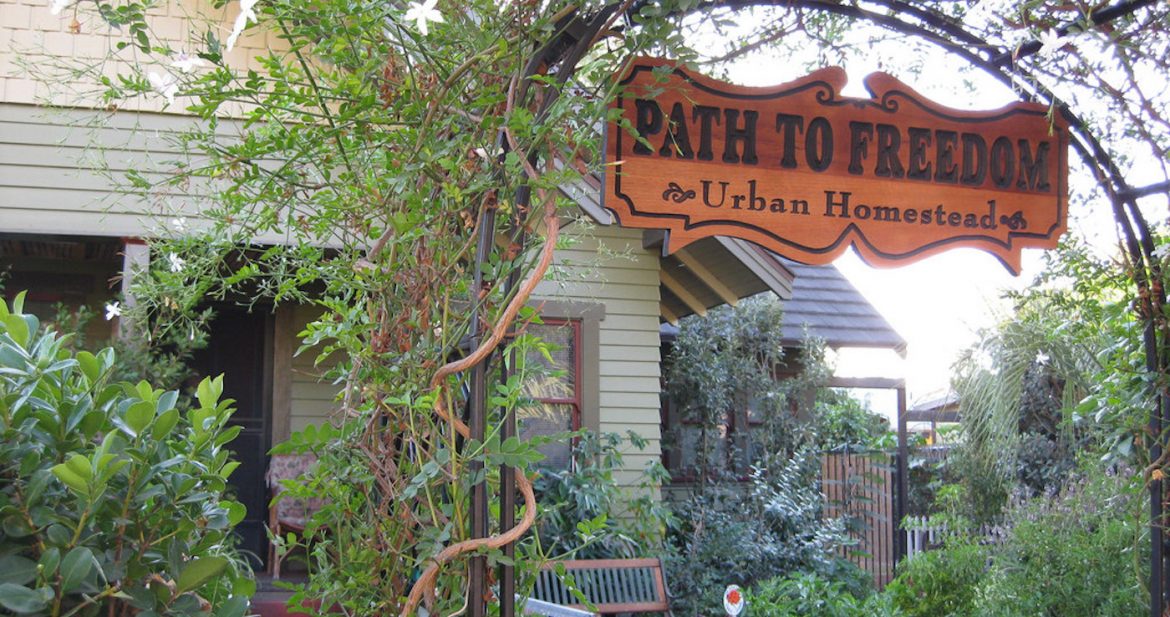 You ripped up your front lawn to plant kale and a heritage quince tree. You adopted as many chickens as your town will allow. You make your own bread, jam, cheese, pickles, yogurt and beer. Worms eat your garbage

, beekeeping supplies are on the way and you’re wondering if the neighbors would notice a dwarf Nigerian dairy goat under the porch.

What you’re doing is ecological, economical and profoundly personally rewarding. You are living the dream, and doing it all within bike commute distance of an urban hub. Congratulations, you’re an urban homesteader! And you just want to share everything you’re learning with everyone else. If all those friends still buying their eggs at the store just knew how much better really fresh eggs were, you are sure they’d want chickens too!

You are at risk of becoming an Urban Homesteader Asshole.

It is an easy trap to fall into, and it comes from a good place: an urgent desire to share all the great changes in your life with the people you care about. But before you make an unsolicited offer to help your apartment-dwelling friend build a chicken coop, step back, take a deep breath and remember those people.

Remember the guy in college who would only listen to Polish post-Industrial Pop, because German post-Industrial was total mainstream swill? Remember the vegan who asked how it felt to be eating rotting flesh just as you were about to bite into your burger? Remember the young professional who gave you that withering look in the waiting room while you were reading People, then pulled out her own copy of The Economist?

We really don’t want our Urban Homesteading to turn into that. No one likes it when people imply that their way of life is oh-so-much-better than everyone else’s. 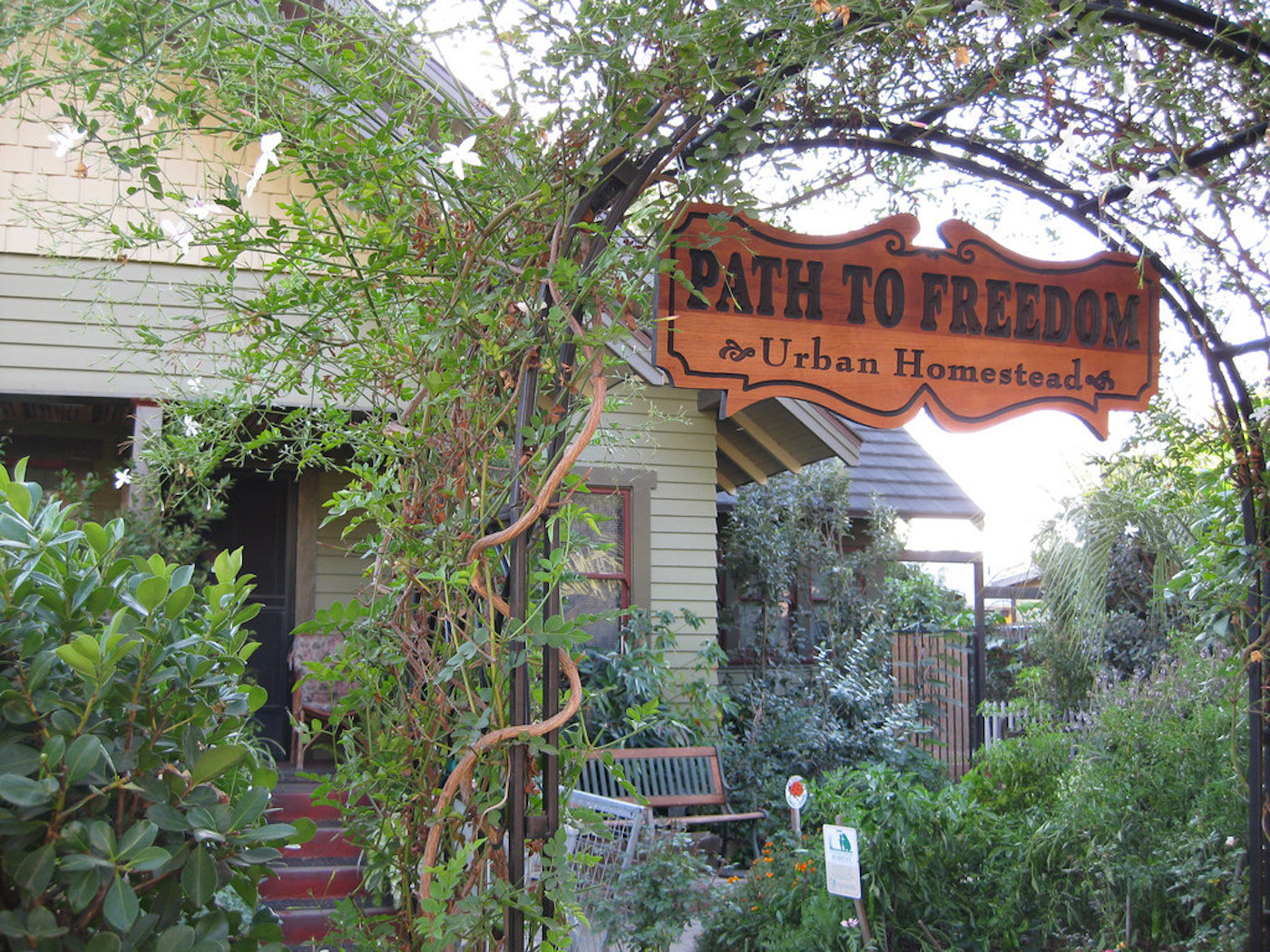 See, the thing is, Urban Homesteading is hip. It’s getting press. People are taking those first steps to turn their home into a place of more productivity and less consumption. And that is wonderful. People see their normal, not-too-crunchy-granola neighbors growing more veggies and maybe putting in a fruit tree and they think, “Hey, if the Smith’s can grow a dwarf pear tree, I can grow a dwarf pear tree.” When they have one success under their belt, maybe they try something else. Maybe more vegetables. Maybe chickens. Maybe homemade jam. Maybe micro-hydro power.

But as more self-sufficient urban living becomes more mainstream, there is also a backlash. Articles like, “I am a Radical Homemaker failure” poke fun at the idea that people would voluntarily live with less money or do more domestic work in trade for more self-directed time. The author, Madeline Holler, bemoans her “thin and sour” homemade yogurt and lack of Crate and Barrel furniture, and equates “rendering fat and lacto-fermenting cucumbers” to shoveling rocks for Satan.

It is easy to read Ms. Holler’s assessment of lacto-fermented pickles (possibly the easiest preservation technique around, by the way) and want to shout from the roof-top: “Don’t listen to her! It’s worth it! I can show you why you will love my way better!”

But people who may be thinking about taking that first tentative step do not want to be told that your tangy homemade yogurt topped with a dollop of homemade wild blackberry jam kicks the ass of their Yoplait Light Boston Creme Pie Flavored yogurt. Even though it does. They laugh with Ms. Holler and at people crazy enough to take a little of their food production into their own hands. For these people, Urban Homesteading just seems weird.

And yet, and yet…just maybe they’ll stick a pot of basil on the porch this summer instead of a geranium.  And if they do, we cannot jump all over them to grow strawberries and tomatoes and cucumbers and kholrabi and hardy kiwi and goji berry too. If, in our eagerness to share the next step we diminish the triumph of the first step, we run the risk of alienating people who might otherwise come on board.

We run the risk of portraying Urban Homesteading as an all-or-nothing commitment, when in reality it is exactly and only what one makes of it. If we’d like to see a nation of farmers

, it will happen by normal people making tiny changes in their normal life, not by everyone simultaneously quitting their job to grow heirloom shelling beans.

So get out there in your front yard and grow those berries and that chard. Send the kids out to gather those eggs. Walk the walk, but be soft with the talk. Show your neighbors that Urban Homesteading isn’t just for hippies. If you are experienced in a certain area, mentor those who truly want it. They’ll find you. Be proud of what you are doing, but be gracious with those who are doing less or who aren’t in the same place in life. Focus on your community and your neighborhood. Be welcoming but don’t scare people off. Let people find their own first step.

Don’t be an Urban Homesteader Asshole.