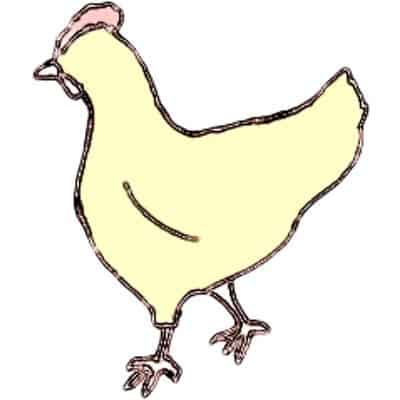 I am not the first to observe that livestock are an excellent way to convert waste scraps into food. But seeing your chickens go to town on a big bowl of, essentially, garbage, really hammers home the adage that one man’s trash is another’s treasure.

This past weekend, like many, Homebrew Husband spent five leisurely hours brewing a batch of homebrew. We were out of Red Special, our house pale ale, and Nick couldn’t let that stand. When he was done mashing and sparging, he had over eleven pounds of brewers grains to discard.

Normally after a brew, I tell Nick which fallow garden bed needs a little organic matter boost and he spreads the spent grains out over the bed and we let the worms take it from there. This time, we decided to see what would happen if we gave the grains to the chickens.

Two words: Chicken Crack. This video, sadly, does not capture the initial chick reaction to the grain, which was roughly the same as the reaction our son has when I dangle my car keys in front of his face. By the time I stopped laughing and found the camera, they had calmed down a bit, but were still clearly very happy with the enormous bowl of brewers waste.

That got me to thinking: what else can we or do we upcycle around the homestead?

The grain that makes the beer feeds the chickens that make the eggs. The shells from the eggs become the calcium supplement for the chickens and the slug deterrent around the brassicas. The beer that doesn’t make the cut for drinking becomes the malt vinegar that flavors dinner.

The gardening shorts get too holey and get ripped up to be made into wicking strips for the self-watering containers which hold the tomatoes. The milk that becomes the yogurt comes in containers that become the organic fertilizer scoops. The broken handle from the garden fork becomes the perch in the chicken coop and the leaky hose becomes a pinch guard covering the chain of the neighbors tire swing.

And so it goes. What do you upcycle or repurpose in your home and garden?

Reminder: Today’s the last day to enter to win an at-home Oyster Mushroom Kit. The contest is open until midnight tonight (Tuesday, June 14th) and the winner will be announced this Thursday. Good luck!