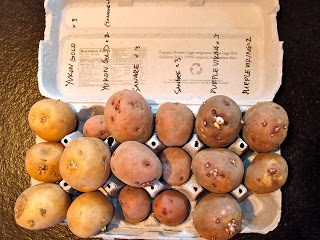 Every year I run out of room. So this year I am moving my biggest space-hogs out of the raised beds and into containers I can stash around paths and patios. I’m starting with potatoes, which I am attempting to grow in huge bags.
I received my seed potatoes from Territorial several weeks ago and have been chitting them on the counter in the kitchen. Last year’s potatoes were so much fun and such a success that we sprung for the virus free tubers and got quite an assortment: Yukon Gold, Sangre, Purple Viking, Rio Grande (these four were part of a variety pack), French Fingerling, Russian Banana and German Butterball. 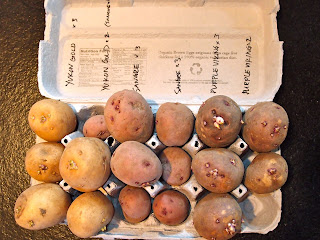 We had about a half-dozen of these grain bags from the malt Homebrew Husband buys for his beer. The plan was to use them, but it quickly became apparent that we’d need more bags. We supplemented with used burlap sacks. We bought them (10 bags for $5 at Sky Nursery) but I think if you asked around at coffee shops you could score them for free. 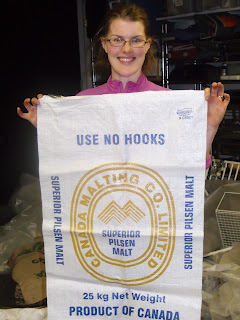 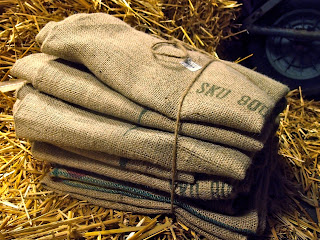 We started by rolling the sides of the sacks down and filling the bags with about 6 inches of soil. We weren’t super precise about this. It was pretty late at night already and we were trying to get ‘er done. 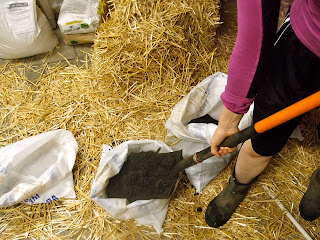 Then we added a half-cup of bone meal to the soil. At the time that seemed totally reasonable for the volume of soil we had in the bag but now I’m a little worried that we used way too much. Any bone meal experts out there want to weigh in on this? 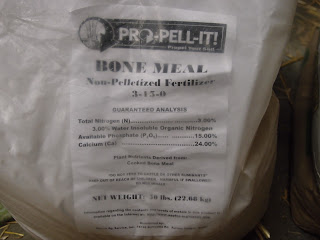 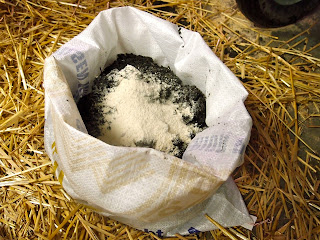 We shook everything up really well. I looked like I was shake-and-baking the worlds heaviest chicken during this part. It was quite the workout. When the bone meal was thoroughly blended into the soil, we added between 3 and 6 potatoes to each bag depending on the size of the potato – the fingerlings were smaller. 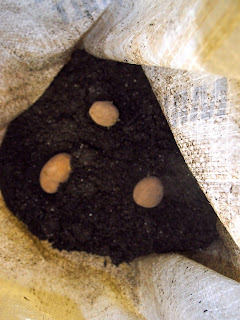 And covered the potatoes with 2-3 inches of additional soil. 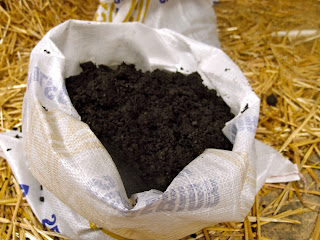 That was it. It was simple, but tiring to fill all those sacks. We used (when I say “we” here, I mean Nick) the wheelbarrow to move all the sacks to a nice sunny patch of lawn we are happy to kill off. 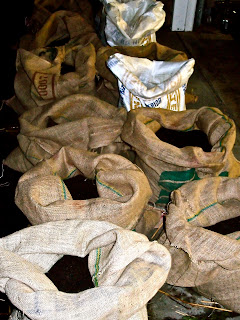 When the potatoes grow I’ll “hill up” the vines inside the sack with loose compost and straw to encourage as much tuber formation as possible. My goal is to get at least 12″ of “hill” material on top of the vines.

I’ll let you know how it works out.

What do you grow in containers, sacks, or grow-bags?