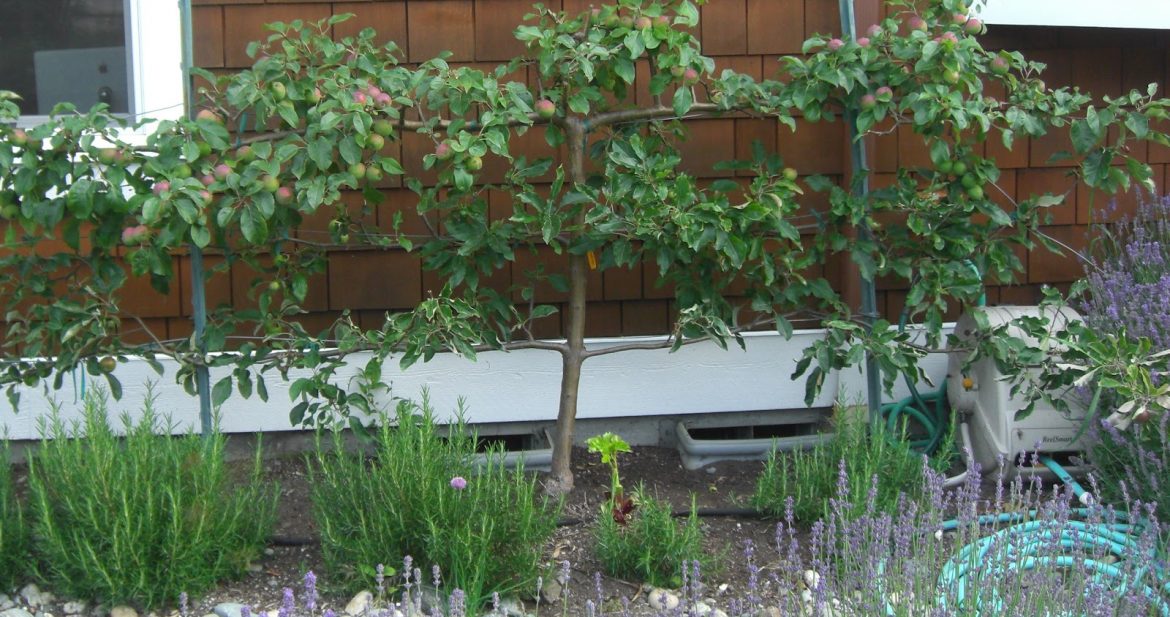 I have struggled for a few years with a desire to have more fruit trees than my 1/3 acre lot can accomodate. A third-acre is actually pretty big by urban standards, but only one-quarter of our property is given over to edibles. The house, driveway, paths, shady areas and kid’s play area (aka lawn) take their footprint out of the total, so we have just 1/12th of an acre of total food growing space including access paths and storage.

For months I have been flipping through the Raintree catalog at night in bed and obsessively circling and highlighting and dog-earing and crossing out and re-circling varieties that sound too good to pass up. I have made spreadsheets – massive, massive spreadsheets – detailing ripening time, scab and disease resistance, rootstock and price of the fruits I am interested in. Which is most of them.

I have had to stop myself from impulsively buying trees that grow fruit that I have never once eaten and have no idea if I’d enjoy (goumi?) simply because they sound so cool. 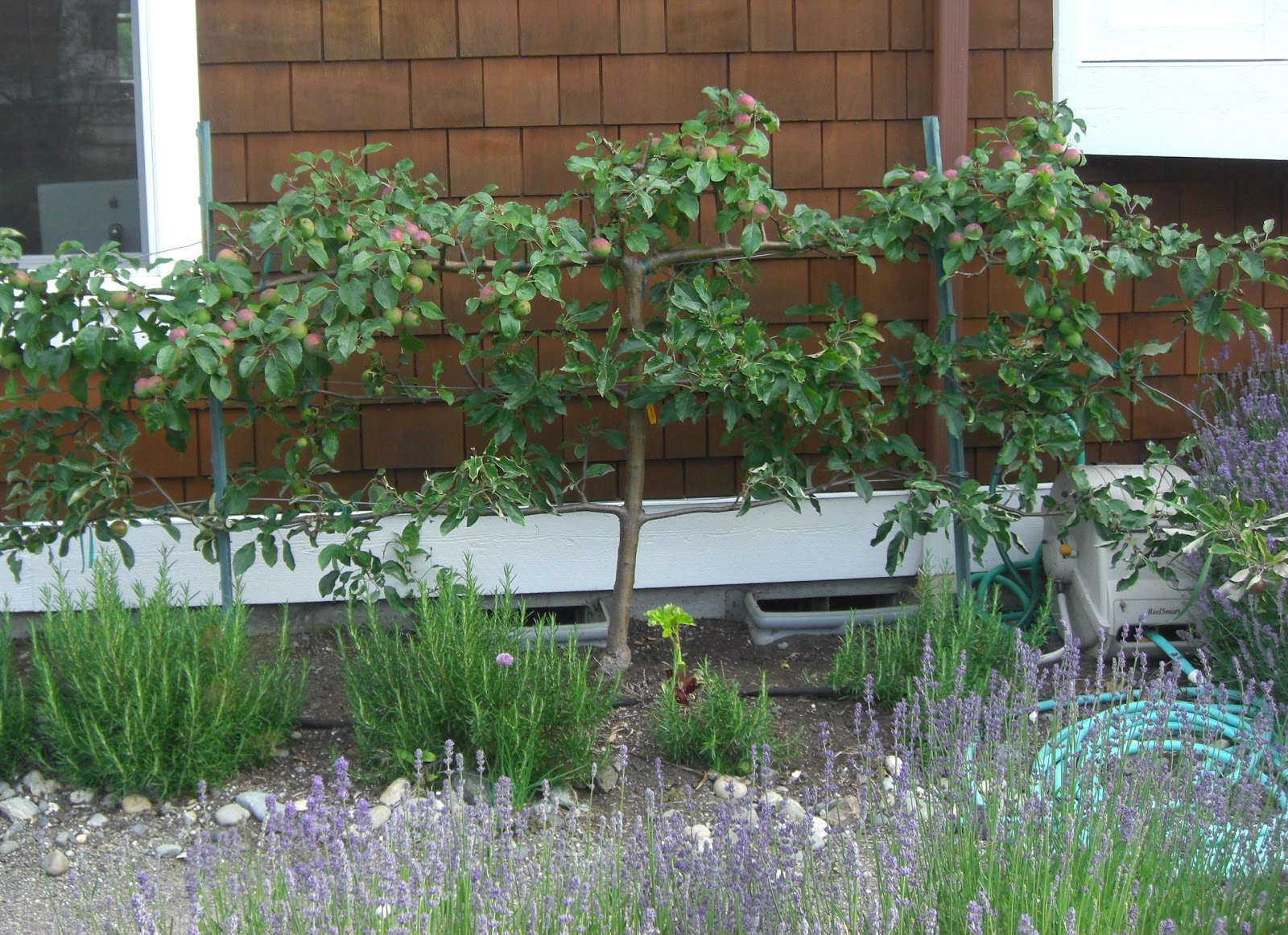 And it’s not as if I don’t have any fruit growing in that 1/12th of an acre. So far in that space we’ve crammed:

We’ve actually had a few more trees than that, but the peach didn’t work out (I think leaf curl got it), the apricot really, really didn’t really work out (being in the Seattle area got it) and a third prune plum got chopped down to make way for the perennial bed. It was a chance seedling grown tree we inherited with the property, and it was always pretty wonky, so don’t feel too bad for it.

But what can I say, I’m greedy. I want more fruit from my backyard and less from the store. And my family will – no exaggeration – put down six apples a day or a couple pounds of raspberries easy if I let them. I once ballparked that, to keep my family supplied with homegrown fruit year-round, I would need to harvest 1095 pounds. And that was before our son came along. He’s six months old, but based on the way he sucks down pear puree I’m thinking he’s going to be a big fruit eater too. 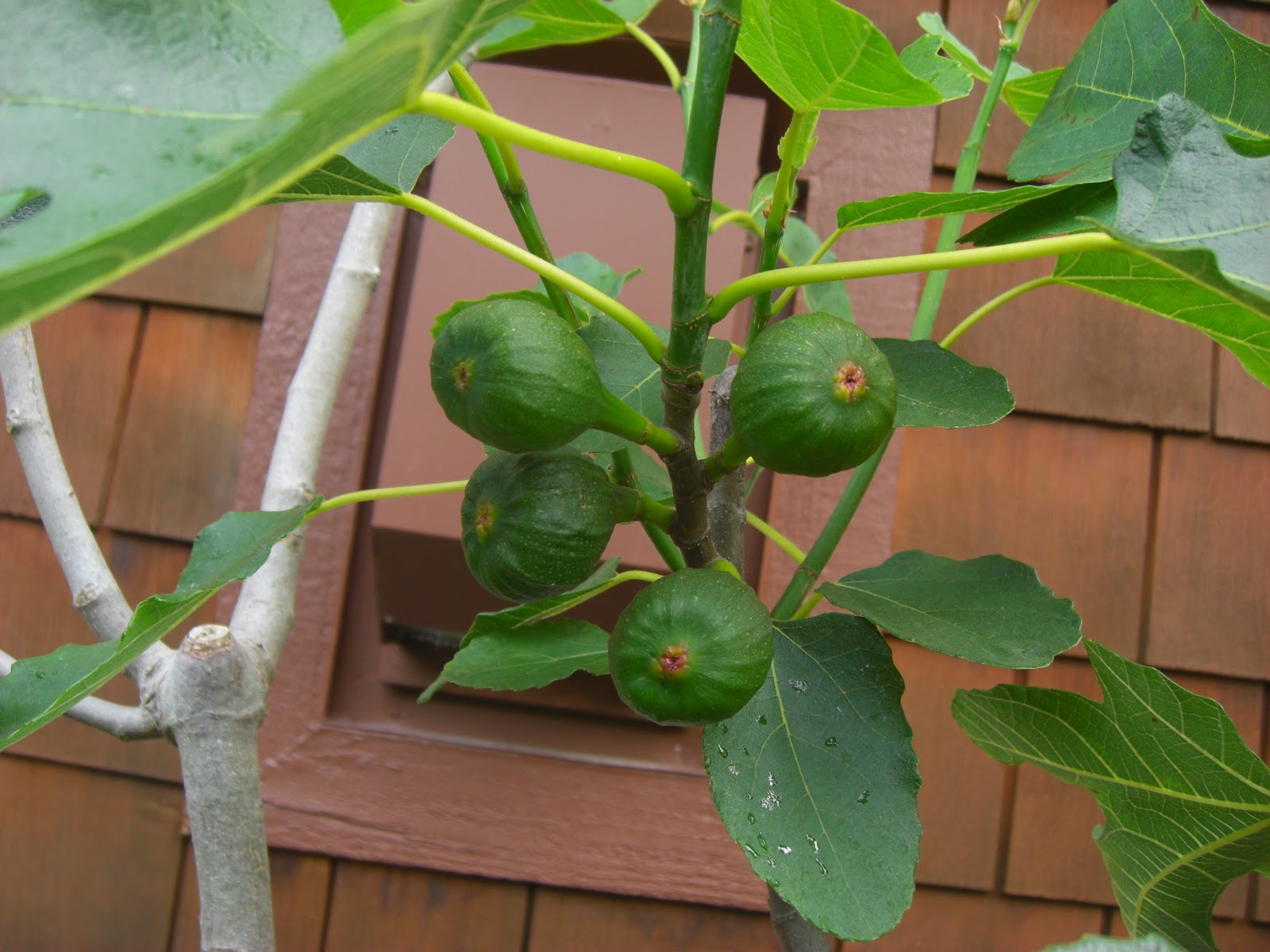 All of which brings me to my point. Recently I discovered this method of high-density fruit tree planting called Backyard Orchard Culture. Dave Wilson Nursery advocates this technique as a way for backyard growers to maximize the fresh fruit they are producing over the longest period of time.

The key points of Backyard Orchard Culture are:

So I asked around. I called up the Raintree horticulturalist and asked her opinion of the Dave Wilson methods. She said they worked, and worked well. I snooped around on GardenWeb’s excellent, if occasionally intimidating, orchard forum and found many people successfully growing with high-density planting techniques.

There were some people who clearly took the obsession to the next level – fruit tree collectors who crammed hundreds of varieties into postage stamp properties. But I came away with the feeling that this just might work.

The BOC spacing guidelines recommend planting up to 4 trees 18″ apart in  4’x4′ raised beds. Each bed of trees needs to be about 10′ apart from the next bed. Based on my aerial-view rough sketch of the space we have available I was confident I’d be able to get five beds of trees into my mini-orchard area. Five beds, each with four trees…that was 20 trees.

I was giddy. It was like Christmas come early, only I was going to get stuff I actually wanted.

Back to the spreadsheet I went. I assembled trees in groups of four based on variety, rootstock, scion vigor, disease resistance, ripening period and pollination requirements. It was quite the effort of fruit tree variable assembly and was complicated by the fact that just when I thought I was done, Raintree would run out of one of my selections and I would have to find a suitable substitute or re-work the whole bed.

But in the end I did finalize my order. It was a bit – ahem – spendy, but I had been saving money I earned from a catering event earlier in the year for just this purchase so I bit the bullet and just did it.

My new orchard is on the way and should be here any time. We have our 4×4 raised beds built, placed about 10′ apart on center and filled with soil. I am learning all I can about tree care and pruning. All that remains to be seen is if my enthusiasm got the better of me. I’m hoping this isn’t too good to be true.

What does your orchard look like? What fruit do you grow? Do you use espalier or high-density planting to squeeze fruit into a small space? Have you ever used the Backyard Orchard Culture techniques.