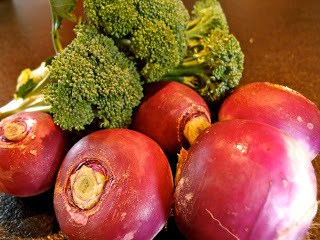 Some couple friends of ours came over last week and the wife of the couple mentioned that a friend-of-a-friend was, “one of those organic people.”

At this point I had to say, “Well, I roll pretty crunchy-granola, too, ya know.”

A few days later I gave the husband of the couple our old chicken coop so he could start raising urban chickens.

The moral of the story: you don’t need to be a patchouli-stinking hippie to be a positive influence in your community. In fact, it’s probably better if you’re not.

Here’s why: for every camped out activist holding an Occupy Wall Street sign right now, there are another 10,000 people who aren’t protesting. 10,000 normal people – not activists, not protesters, not people out to radically change anything – just people, who live in your town, your city and your neighborhood.

For the most part, these people work, or try to. About half are currently raising kids. They worry about bills (the moms really worry) and they watch a lot of reality tv. Nine out of ten are definitely not hard-core organic people.

Almost all are looking for a way to be a bit more secure, a bit more stable, a bit more independent in their life. But none want to feel judged because they’ve got Kraft Mac & Cheese in the cupboard instead of Annie’s Organic, or because they send their kids to school in sweatshop sweatshirts from Walmart.

And this is what my friend was really saying – she could come to my house and we could all drink wine and eat homemade pizza and she didn’t feel like I was sitting around, passing judgement on her choices or purchases. My friend knows I eat grass fed beef and grow a garden and do all this other stuff that – I’m proud to say – does make me one of those organic people.

But that isn’t a wedge between us because I’m not beating her over the head with some guilt-trip. Instead, I’m a normal person like her – just another harried mom who hasn’t dropped the last ten baby pounds and drinks too much coffee. I just happen to garden a lot and think chickens are swell and buy jeans at the thrift store.

Because I’m not “one of those organic people,” – because I’m not the other – my actions don’t seem like the actions of the other. (Even though, kinda, they are.) If normal people like me grow my own food, that means she can too. And he can. And the neighbor up the street can. And all those 10,000 people who aren’t looking to tear down the whole system but want to do something – they can do it too.

I’m not knocking the revolutionaries or the Occupy protesters. Big problems need big attention, and for the most part I support the OWS movement. But alongside that, some of us are working a longer-term plan, a quieter plan, an evolutionary instead of revolutionary plan, if you will.

Before you know it, we’ll have a movement that changes how people live and buy, how they relate to their land, their money and their community. Without a single guilt-trip or hippie drum circle, we’ll be the new normal. Just wait and see.

Previous Post: « How To Dry And Use Mandarin Orange Peels
Next Post: 25 New Year's Resolutions For The 2012 Garden »